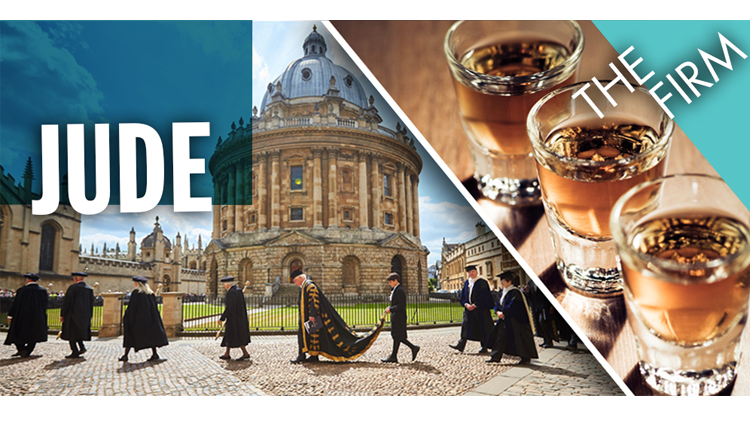 ‘‘Jude will be the last production that I will direct for Hampstead before Roxana Silbert's first season in the Autumn. It has been a huge privilege to work with so many extraordinary people backstage and front during my time as Artistic Director, with writers such as Mike Bartlett, Martyna Majok, Beth Steel, Lauren Gunderson, Ryan Craig, Fiona Doyle and David Lindsay-Abaire to name but a few. But it is a particularly happy moment for me to be directing one of Howard Brenton's plays as my last. Howard has given us five plays during my time here, with Jude emerging from our Next Decade programme, a fund that will support new work well beyond my tenure. It feels somehow appropriate then to sign off on this incredible journey with the world premiere of a Hampstead Theatre Next Decade play from this brilliant and original playwright, an artist whose work lies at the very heart of the British theatre canon.’

A new play by Howard Brenton
Directed by Edward Hall

‘It wasn’t just her freakish ability with language. She saw through to behind the words. It was like she had a direct line to - I was going to say to ‘the gods''

Hampstead Theatre presents the world premiere of Howard Brenton’s latest play Jude, directed by Edward Hall in his final production as Hampstead’s Artistic Director.  Loosely inspired by Thomas Hardy’s novel Jude the Obscure, Jude is a modern day tale of unexpected genius and of our struggle to accommodate extraordinary talent.

About to be fired from her cleaning job for stealing a volume of Euripides, Jude turns her employer’s outrage to shock by translating the ancient Greek on the spot. The employer, a Classics teacher, knows great talent when she sees it and the encounter kick-starts Jude's lifelong ambition to study at Oxford University.  Entirely self-taught and possessing an astonishing gift for languages, Jude will stop at nothing to achieve her dream – but she remains oblivious to the hidden barriers that her background has placed in her path...

The commissioning of Jude was funded by NEXT DECADE, a joint Hampstead Theatre/AKO Foundation imitative.

Hampstead Downstairs presents Roy Williams’ gripping play The Firm, a tale of growing up, lifelong loyalties and how sometimes, it is possible to choose your own family. Directed by Denis Lawson, The Firm returns to Hampstead Downstairs following a sold out run in 2017.

In a pub in South London ‘The Firm’ reunite for the first time in twelve years. Once they were a notorious criminal gang. Today, they’re older, wiser and wistful - their lives changed beyond recognition.

But when an uninvited guest turns up to their reunion with an intriguing proposition and an explosive secret, they’re tempted to try their hands at one last job… Will they escape their pasts unscathed?

Casting for both productions will be announced in due course.

Priority Booking for Jude and The Firm is now open for members of Hampstead Theatre, including Under 30 members of the Downstairs Club. Public Booking opens Wednesday 6 March 10.30am.

The Firm runs Downstairs 3 May - 8 June