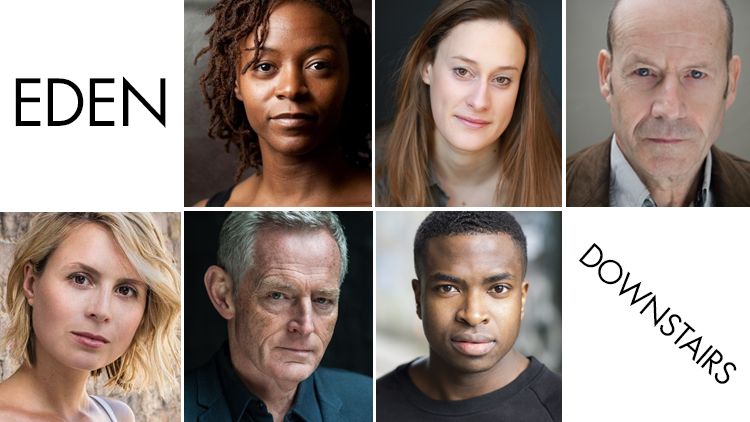 ‘It’s perfect, isn't it? The most perfect spot I think I’ve ever seen… An unspoiled, natural beauty. Which makes it utterly ripe for development…’

Hampstead Theatre presents the world premiere of Hannah Patterson’s Eden. Directed by Matthew Xia, Eden is inspired by real events and is a modern-day David and Goliath drama about the importance of fighting for what’s right – whatever the outcome.

Eden is an idyllic coastal village of astonishing beauty, and home to an active community who are eager to protect it at all costs. Even the infamous Aaron Chase, an American property tycoon intent on building a luxury golf course, can’t name a price they’ll accept. But his star employee Sophie, a former Eden resident, might be able to broker a deal, so Chase plans to exploit her invaluable connections and local knowledge. Forced to confront her past, will Sophie be content to act as Chase Enterprises’ bulldozer or will deeper loyalties come to the fore?

Hannah Patterson returns to Hampstead Downstairs after the two successful productions Platinum and Giving. Her play Playing With Grown Ups was nominated for an Off West End Award for Best New Play and transferred to 59E59 in New York as part of the Brits Off Broadway Festival. Having participated in a residency with Paines Plough, she has written for and performed as part of the company’s Come to Where I’m From series. As a writer for film, she is currently working on an adaptation of her play Much with Tilt Films and two features for the BFI. She has been invited to participate with projects on the Edinburgh International Film Festival Talent Lab, London Film Festival’s Think-Shoot-Distribute, Creative England’s Net.work and the LA CineStory Screenwriting Lab. Hannah is currently on the Headlong Headstart writer’s programme and the UK film industry’s leading mentoring scheme Guiding Lights, under the guidance of David Hare.