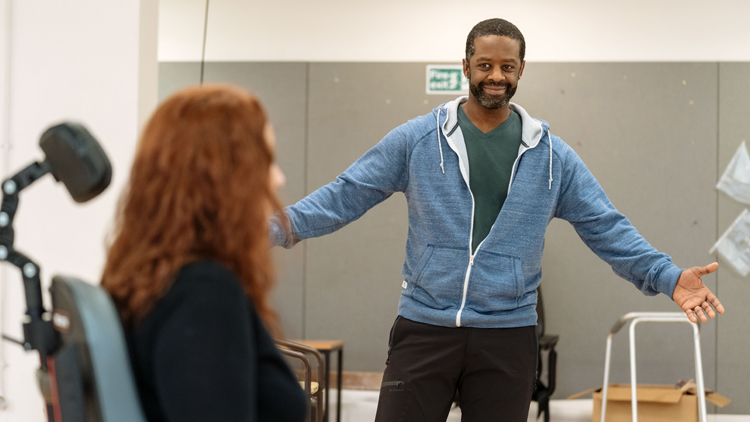 On Tuesday 22 January from 8:30am Cost of Living's Adrian Lester appeared on The Chris Evans Breakfast Show, Virgin Radio, ahead of his upcoming Hampstead debut in Martyna Majok's Pulitzer Prize winning drama. Appearing alongside Anton Du Beke, Freida Pinto and KT Tunstall the Hustle star discussed the imminent previews, other upcoming projects including his role in historical drama Mary Queen of Scots and his drumming skills...

To listen to the full show (including interview with Adrian Lester from 8:30am onwards) click below.