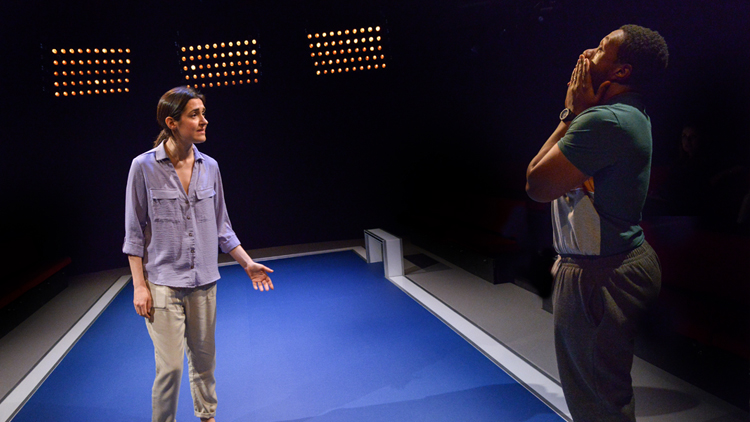 'In a world dominated by a society which places too much emphasis on appearances, acceptable social norms and reputations, it’s surprising that the often-discussed topic of tiger parenting is rarely explored on stage. This makes Oli Forsyth’s Cash Cow all the more enjoyable: it’s a dark secret we all know about and can thus engage in, even if we haven’t experienced it ourselves. More than that, the production by Katie Pesskin is simple, effective and minimalistic. Mix all this together and you have a play which is poignant, impactful and cathartic – in short, very powerful indeed.'

'Much of the piece’s force comes from the point of view it portrays. It’s a two-hander in which the audience gets to indulge in the lives of Nina (Phoebe Pryce) and Ade (Jonathan Livingstone), lower-middle-class parents of a tennis prodigy... Most of the show’s 90-minute runtime provides a basic narrative from the moment the parents discover their child’s talent up until the inevitable breakup when the daughter “goes pro”.'

'Both Pryce and Livingstone do an excellent job in portraying their characters. Nina is the perfect oedipal mother, always too caring and involved, and Ade constantly pushes the girl further and further until it’s too late. It’s often tough to watch as the parents genuinely believe that they are doing their best for their daughter, even when it’s obviously one of the worst possible kinds of parenting.'

'The minimalistic production...does a superb job playing to the play’s strength – its characters and the dialogue, and it’s here where the show shines. This is especially highlighted in the lighting design by Ali Hunter, who frequently makes excellent use of her tools in just the right moments.'

'Cash Cow doesn’t reinvent the way we think about theatre. It’s straight-forward, traditional and easy to follow, but it explores its themes so well and with such passion that this is hardly a flaw – on the contrary, it’s rather refreshing.'

To read the full review visit The Upcoming online here.