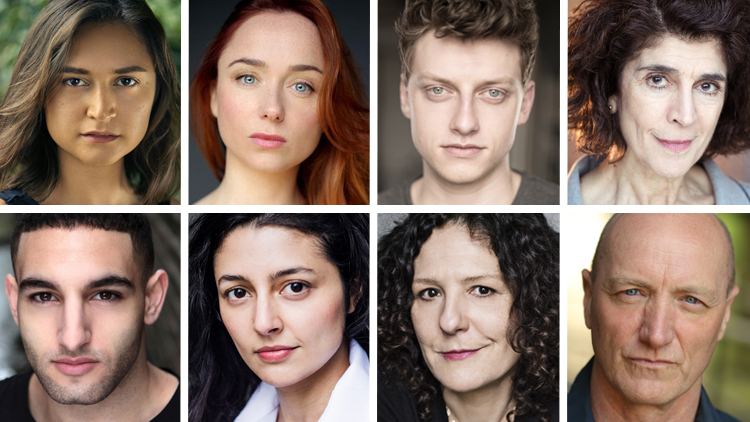 A new play by Howard Brenton
Directed by Edward Hall

‘It wasn’t just her freakish ability with language. She saw through to behind the words. It was like she had a direct line to - I was going to say to ‘the gods''

Hampstead Theatre presents the world premiere of Howard Brenton’s latest play Jude, directed by Edward Hall which will be the last production that Edward will direct during his tenure as Artistic Director of Hampstead. Loosely inspired by Thomas Hardy’s novel Jude the Obscure, Jude is a modern day tale of unexpected genius and of our struggle to accommodate extraordinary talent. Isabella Nefar stars as Jude alongside Paul Brennen, Merch Husey, Caroline Loncq, Luke MacGregor, Shanaya Rafaat, Anna Savva and Emily Taaffe.

About to be fired from her cleaning job for stealing a volume of Euripides, Jude turns her employer’s outrage to shock by translating the ancient Greek on the spot. The employer, a Classics teacher, knows great talent when she sees it and the encounter kick-starts Jude's lifelong ambition to study at Oxford University.  Entirely self-taught and possessing an astonishing gift for languages, Jude will stop at nothing to achieve her dream – but she remains oblivious to the hidden barriers that her background has placed in her path...

Luke MacGregor plays Jack. He graduated from the Royal Welsh College of Music & Drama in June 2016. In the same year he performed at Shakespeare’s Globe in the Sam Wanamaker Festival and was awarded the BBC Carleton Hobbs Bursary Award. His theatre work includes The Winter’s Tale and Eyam (both Shakespeare’s Globe); Julius Caesar; Antony and Cleopatra and Titus Andronicus (all RSC Roman Season, Stratford and London).

The commissioning of Jude was funded by NEXT DECADE, a joint Hampstead Theatre/AKO Foundation imitative.