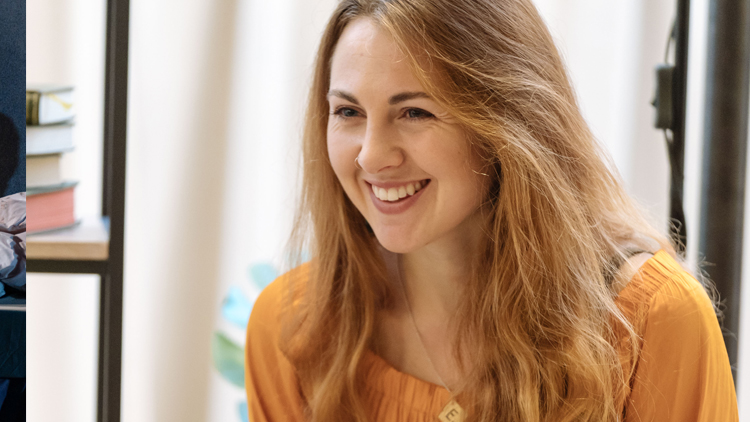 'If you had a potential illness written into your genetic code, would you want to know about it? Would you take a blood test that would tell you whether you were likely to die of Alzheimer’s, or liver cancer? And if you did find out, what would you do with that information?'

'These thorny questions are at the heart of rising star Ella Road’s debut play The Phlebotomist, which premiered last year at the Hampstead Downstairs studio space, won rave reviews, got nominated for an Olivier and for The Susan Smith Blackburn Prize, and this week transfers to the main stage with a cast including Jade Anouka.'

“I started researching it years ago,” says Road, 27. “But the science has rocketed since then. Stuff that was being debated in scientific journals months ago has only just hit the mainstream news.”

'... the play does imagine a world in which a blood test rating determines your chances of, for instance, getting a mortgage, or a boyfriend. If you have disease-free blood you might score an eight out of 10 and so copper-plate your employability options and likelihood of a successful love life. If your blood reveals you are prone to mental health issues or that you will contract a debilitating disease, that rating might plummet to three, and catapult you into social oblivion.

'“It’s human nature to profile people based on their health, intelligence, looks,” Road says. “And as a culture we are already obsessed using technology to rate everything, from Uber drivers to prospective partners. But there are now fitness companies which offer DNA testing so they can match your regime to your metabolism.'

'“Many of those companies also offer tests that reveal your predisposition to certain diseases. It’s one of the biggest growing markets in healthcare. I am not against the science itself, it’s neutral, and the geek in me finds it amazing. But I am interested in how, as a society, we regulate the use of that science, and the social and political implications.”'

'She started reading online science journals and talking to geneticists, and became obsessed with the advances being made in mapping behaviour as well as illness. “There’s a rebel gene that predisposes people who have it to break the rules,” she says. “My sci-fi imagination kicked in and I started thinking what might happen if a nefarious government was compelled to edit out the rebel gene to create a compliant population.'

'“It’s a cliché, but what makes a population exciting is its differences. And if you start messing about with, say, genes that predict depression, or addiction, well: just take a look at history and the number of artists who have suffered from these things. You might end up with a world without art.”'