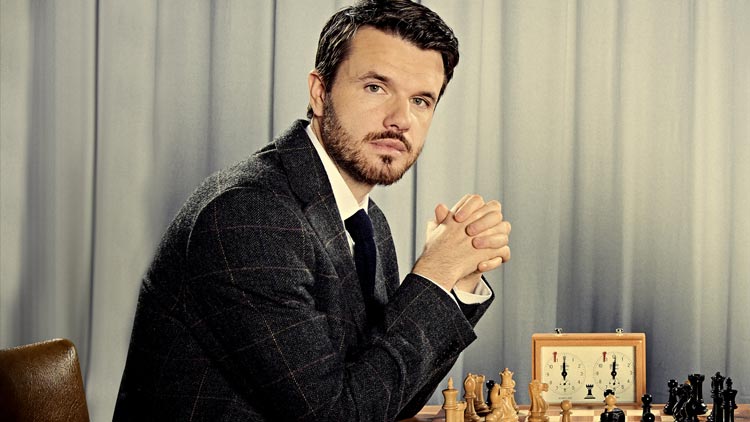 'The Cold War chess face-off between Boris Spassky and Bobby Fischer is dramatised in the world premiere of Tom Morton-Smith's psychological thriller at Hampstead Theatre. Ravens: Spassky Vs Fischer takes audiences back to Reykjavik, 1972 when global media attention on the 'match of the century' sparked a proxy battle of differing political ideologies. Ronan Raftery, whose screen work spans The Rook, Fresh Meat and Fantastic Beasts, takes the role of the Russian world chess champ squaring up to the American, played by His Dark Materials and Chernobyl actor Robert Emms.

Q How much did you play chess before this role and how have you prepared to play a World Chess champ?

A I knew nothing about chess beyond how the pieces move, so the first thing I did was create an online chess account and start playing. I still get routinely hammered by Ukrainian teenagers! It's been great learning more about the game, and apart from beginning to really love it, it's been incredibly useful for the show.

Q How will the production make such a cerebral game dramatically interesting?

A We are attempting to show all 21 games of chess between Spassky and Fischer without actually playing them out - marking them physically or musically. So having a better understanding of the game and what goes on as one player dominates or capitulates has been fascinating. (Director) Annabelle Comyn has a very clear vision as to as to how we dramatise it, using music, choreography, audiovisual cues, silence, 20 chessboards and few other curveballs.

Q It's set during the cold war, a fascinating time of East/West tension and yet we are still talking about Russian poisonings and interference in elections. Does the play resonate in that way?

A Absolutely, Tom's writing feels like an energetic response to those sort of tensions, without ever beating us over the head with it. Much like the cold war itself, a lot of what is being fought over remains unsaid. While it's undoubtedly a political play, the primary focus is on the characters, how they operate and adapt to the bizarre circumstances surrounding the game they love above all else.'