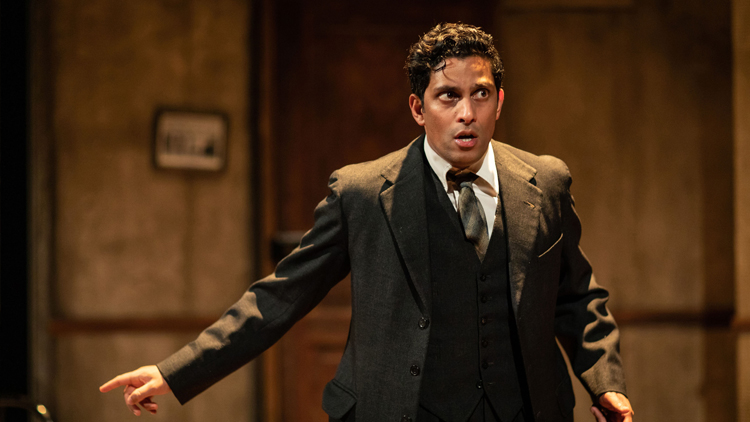 Sam Marlowe | The i Paper

The echoes of Beckett’s Waiting for Godot are as resounding as ever; we’re reminded, too, of Pulp Fiction

'What must it have been like to watch this subversively shocking play at its British premiere, in 1960? How unbearable was Harold Pinter’s relentless tightening of the screws, his mastery of mysterious threat, before each beat of what is now a well-worn classic became so familiar?'

'The Dumb Waiter, about two hitmen awaiting their orders, was part of the inaugural season at the fledgling Hampstead Theatre. Now this production, postponed from March, reopens the venue. An uneasy little horror story for these strangest of times, it arrives with renewed immediacy.'

'It’s a measure of the success of Alice Hamilton’s 60th-anniversary production that it still summons a nearly intolerable dread, as the banter and banality is blotted out by descending darkness.'

'Our pair of twitchy, bickering hitmen are encased, by James Perkins’ design, in a black tube, which rises to reveal a mouldering, bunker-like basement. Shane Zaza’s puppyish Gus and Alec Newman’s fastidious, hard-faced Ben, in their rumpled Sixties suits, are period creations, but their lineage and legacy dances in the dialogue.'

'The echoes of Beckett’s Waiting for Godot are as resounding as ever; we’re reminded, too, of Pulp Fiction...'

'Hamilton’s direction is alert to the way in which Pinter weaponises silence: there’s something unspeakably nasty in what’s left unsaid... '

To read the full review visit The i Paper online here.