THE DUMB WAITER: ★★★★ FROM WHATSONSTAGE 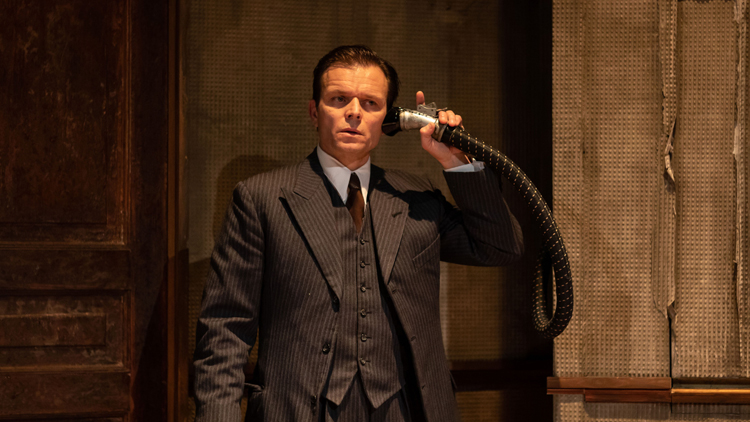 'Harold Pinter's one-act play, which typifies many of the themes that would go on to define his work, has a rich history at the Hampstead. Its UK premiere in 1960 was an early and crucial success for the venue - and the playwright - under founding artistic director James Roose-Evans.'

'Sixty years on it takes on renewed significance as it reopens the venue from its pandemic-induced hibernation... A two-hander running under an hour, it also happens to be pretty much the ideal play for these socially distanced times.'

'On James Perkins' fittingly cell-like set, two hired assassins await instructions for their next job. Gus (Shane Zaza), younger and skittish, procrastinates by fiddling with his shoes, the toilet flush, his bedsheets. Anything to take his mind off the present. Ben (Alex Newman) lies on his bed calmly reading a paper, occasionally reciting snippets aloud.'

'The play has been compared to its near-contemporary Waiting for Godot, though one major difference is that the unseen power is much more present here. Matches are slid under the door, food orders sent down in the titular dumb waiter. Why are they coming? And who is sending them? The men soon spiral, like us, into a vortex of uncertainty.'

'Director Alice Hamilton paces the action well, ensuring those iconic pauses are given plenty of room to breathe. We open with a good three minutes of pregnant silence. Her cast works well together, Zaza lending Gus a vulnerability that isn't always apparent, while Newman's Ben acts as a suitably surly foil. The former's willingness to question sits in tension with the latter's blind loyalty.'