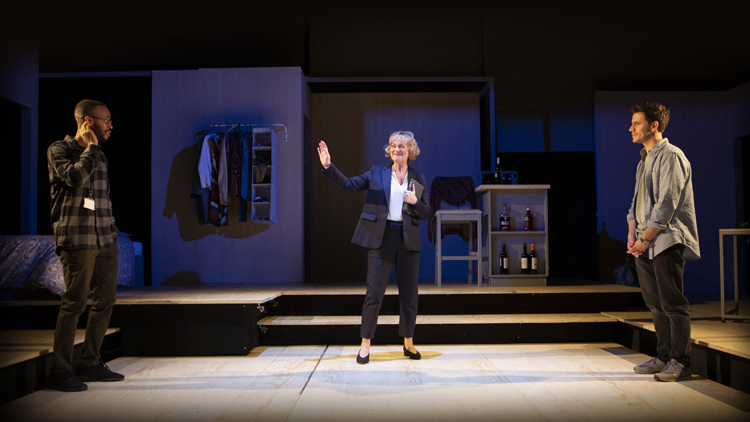 Hampstead Theatre today announces the opening of a new booking period, due to popular demand, for the world premiere of Al Blyth’s explosive espionage thriller, The Haystack.

Tickets for the additional performances are on sale now including 800 extra ‘Under 30s’ tickets, as part of Hampstead Theatre’s free membership programme for those aged between 16 and 30 years old.

The Haystack is a fast-paced, topical play, which delves into the intriguing world of GCHQ and examines the human impact of national surveillance. When an investigative journalist unearths a controversial lead, loyalties and ethics are tested to the extreme.

Neil and Zef are two twenty-something computer whizzes with questionable dress sense and a highly developed interest in video games and Netflix. They’re also the UK’s ‘National Defence Information Security Team’ - recruited by GCHQ for their sky-high IQs and ability to work quickly and discreetly, no questions asked.

With unfettered access to the world’s data and infinite powers of electronic intrusion, these unlikely agents are essential cogs in the national security machine.  But when their window onto intelligence operations shows them more than they were meant to see, they begin to question their roles in a system whose reach is unlimited but whose safeguards are not…

The Haystack runs on the Main Stage until 12 March