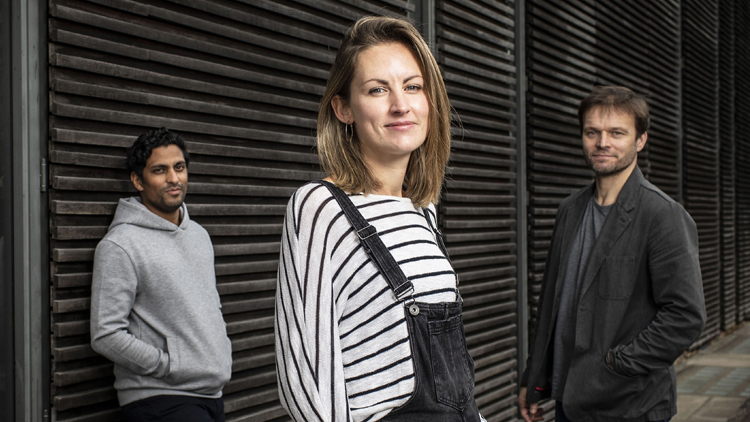 'Alice Hamilton's directing work includes the Olivier-nominated Every Day I Make Greatness Happen at the Hampstead Theatre, The Weatherman at Park Theatre and While We're Here at the Bush Theatre.

She's now back at the Hampstead to helm Harold Pinter's The Dumb Waiter, which premiered here 60 years ago...'

'As a new-writing director who beautifully serves the plays you helm, is it harder to establish yourself in terms of your own style or voice?

Yes, I suppose I become more defined by the sorts of plays I choose to direct rather than any particular style that I bring. I'd like to think that might add up to some kind of coherent aesthetic - but it's certainly always important to me that it is the writer's voice we are hearing and not mine.

Going from new writing to Pinter is a really interesting shift. What made you interested in tackling The Dumb Waiter?

The challenge of it, I think! I've never worked on anything that is so rhythmically and formally precise, and I've had to adopt a much more technical approach than I normally would. It's rather like a piece of music: you have to learn all the beats and phrases before you can begin to understand what it is.'

'Tell us a bit about your cast, Alec Newman and Shane Zaza, and some of the ideas you've all brought to this revival

They're both wonderful actors, and have embraced all the new Covid-related irregularities and uncertainties with great spirit and intrepidity! They have a great chemistry onstage together, and we've really enjoyed exploring what the relationship and shared backstory of these characters might be from the very sketchy clues that Pinter gives us. I hope that together we have found a kind of playfulness and humanity that sits within his tightly crafted framework of ambiguity.

How do you think the play will speak to audiences now, 60 years after its original run at the Hampstead? (And perhaps particularly in our current strange context!)

It has been quite strange to realise just how resonant this play has suddenly become, with its focus on restless confinement and creeping unspecified external threat... It feels so apt a response to the current moment that it's hard to imagine it was programmed before the pandemic was even thought of! Pinter's plays leave so much space for audience interpretation - they are so fundamentally elastic and deliberately oblique - that they will always be readily viewed through the prism of the moment. We've set this production in the period in which it was written, but I think audiences will find it feels startlingly present.'