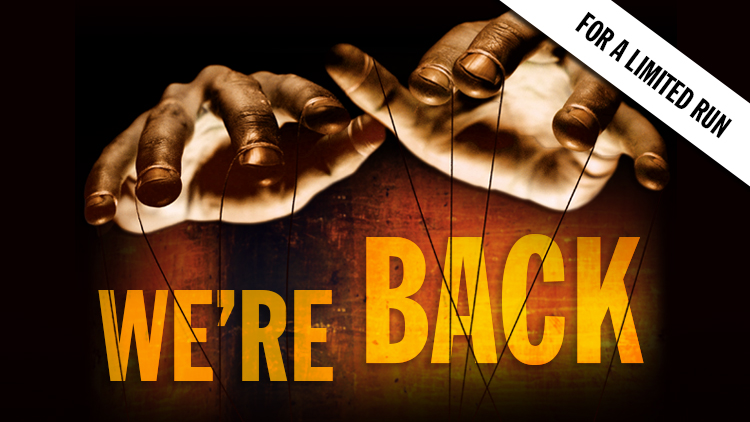 Hampstead Theatre is delighted to announce that it will be reopening this November with Nobel Prize-winning writer Harold Pinter’s iconic early play The Dumb Waiter from 18 November to 19 December 2020.

“I am so delighted to be able to share this news today.  As Hampstead Theatre, along with our colleagues in live performance, start to find our feet in this ‘new normal’, we are very excited to be able to present Alice Hamilton’s 60th anniversary production of The Dumb Waiter.

When we closed the building on 16 March the set was on the stage and the show was about to open. At that point, we could not have envisaged how Pinter’s brilliant play of two men stuck in a room - their sharp humour, ennui, tensions, - would come to feel so extraordinarily fresh and resonant.

Harold Pinter wrote twenty-nine plays including The Birthday Party, The Caretaker, The Homecoming and Betrayal. He was awarded the Nobel Prize for Literature in 2005.

Alice is co-Artistic Director of Up in Arms and and credits with the theatre include the Olivier-nominated Every Day I Make Greatness Happen (2018) and Paradise (2019).

She is joined by designer, James Perkins, with lighting design by James Whiteside and composition & sound design by Giles Thomas.

The theatre will reopen with 193 socially distanced seats.  Seating will be arranged to ensure there is at least 1 metre plus between seats.  Hampstead Theatre’s spacious modern building also has the added benefit of state-of-the-art ventilation.  The air in the auditorium and foyer is 100% fresh air introduced from the outdoors meaning none of it is ‘recycled’ air.  The ventilation system draws stale air out and introduces entirely fresh air into the main house auditorium at 5,300 litres per second.  The air in the main house auditorium is changed completely every 4 minutes and 45 seconds.

In the event of The Dumb Waiter needing to be postponed, full refunds or credit vouchers will be offered.