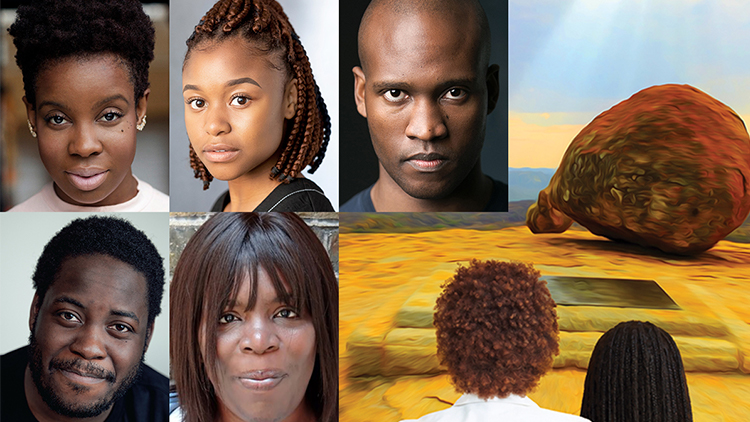 Hampstead Theatre is delighted to announce the cast for the world premiere of Mufaro Makubika’s new play Malindadzimu. Shyko Amos, Kudzai Mangombe, Sifiso Mazibuko, Tendai Humphrey Sitima and Natasha Williams will perform in this delicate, witty and epic new play, which explores a mother and daughter’s search for belonging and their struggle with a multicultural heritage. Malindadzimu will run from 17 September until 30 October 2021 at Hampstead Downstairs, directed by Monique Touko, who will be making her professional directing debut.

"I am delighted to be making my professional debut at Hampstead Theatre with Mufaro's new play.  Having the opportunity to depict Bulawayo, my mother's birthplace, feels extremely fitting and timely in my development.

I love Mufaro's coming of age tale, centred on a relationship between a mother and daughter, caught between Nottingham and Zimbabwe.  I can't wait to get to work on Malindadzimu with this wonderful group of actors and create a world that is rooted in history and speaks for now."

Set in Nottingham and Zimbabwe, Malindadzimu, explores a mother and daughter’s search for belonging, their struggle with a multicultural heritage, and a haunting history that they cannot ignore. Malindadzimu, ("Hill of the Ancestral Spirits") is situated in the Matobo National Park in south-west Zimbabwe. It is considered to be a sacred place by locals. Controversially, Cecil John Rhodes is buried on the summit of Malindadzimu.

Kudzai Mangombe will play the role of Hope. Kudzai graduated from Liverpool Institute of Performing Arts in 2021. Malindadzimu will be her professional debut.

Tendai Humphrey Sitima will play the roles of Spirit Medium, Doctor and Labourer. Theatre credits include the immersive production of The Great Gatsby (in which he played George Wilson and also composed and produced the original score), Out of the Frame and Frame Narrative (Project Oeuvre Theatre/Edinburgh Festival Fringe).

Natasha Williams will play the role of Gogo. Theatre credits include Off the Endz by Bola Agbaje (Royal Court), Black Crows by Linda Brogan (Arcola Theatre) and The Fatherland by Murray Watts (Bush Theatre). Television credits include Channel 4’s It’s a Sin, EastEnders, Doctor Who and Holby City (BBC1).

Monique Touko will be making her professional directing debut at Hampstead Theatre with Malindadzimu. She will be joined by designer Zoë Hurwitz; lighting designer Matt Haskins and sound designer Max Pappenheim.