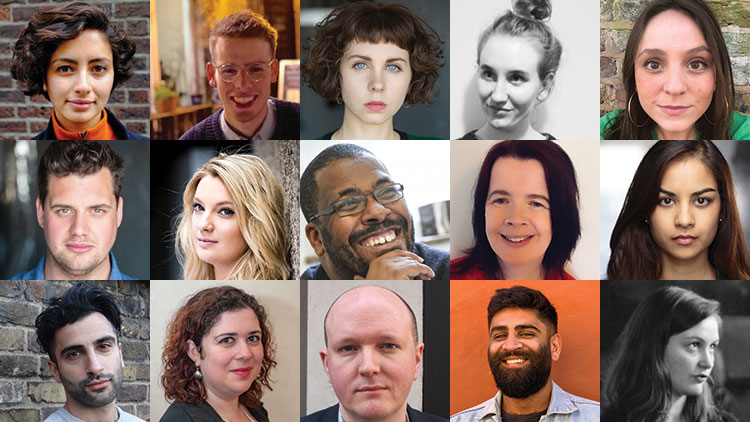 Hampstead Theatre is delighted to announce a new playwriting programme, for which participants will be paid, led by the multi-award-winning TV and theatre writer, Mike Bartlett (BBC Doctor Foster, BBC Life, King Charles III), and IGNITE a new, free youth project for 13-17year olds living in Camden.  Both initiatives will launch online this spring alongside the INSPIRE writers’ group, led by Roy Williams and Hampstead’s Literary Department whilst the venue remains closed under UK Government guidance.

Now more than ever we need to support our communities and our industry to sustain ourselves against the devastating impact of this pandemic.

I am delighted to announce today two new initiatives at Hampstead that I hope will provide a collective space for some joy and creativity this spring as well as offering a framework for experience and further opportunity.

We are so pleased to have Mike Bartlett join us to lead this unique new writing programme, which aims to support talented writers whose experience has been limited to studio spaces to explore ways of approaching writing new plays for large stages.

Likewise, we are so pleased to launch our new youth project within our local community.  Whilst a lot of the world has been driven indoors and online out of necessity, it feels more important than ever to connect with our neighbours and especially a generation isolated during such formative years.  IGNITE will offer a creative space for expression and experimentation and forge voices of the future.

The programme is an open application initiative for up to ten writers, from across the UK, looking to develop further their skills for larger scale productions. Each writer will need to have had at least one play produced.  They will be paid £1000 each for their participation.

Mike will lead group workshops during an 8-week period and mentor playwrights one-to-one.  The programme will culminate in the sharing of a group-written play.

The application process is now open. Information about how to apply can be found here. The deadline is Monday 22 February 2021.

Mike Bartlett is currently under commission with Hampstead Theatre and previous plays include WILD (2016) and Chariots of Fire (2012). He has won numerous awards for his plays, which include Olivier Awards for King Charles III (Best New Play, 2015), Bull (Outstanding Achievement in an Affiliate Theatre, 2015) and Cock (Outstanding Achievement in an Affiliate Theatre, 2010).

He had huge success in 2015 with his smash hit BBC mini- series Doctor Foster which won Best New Drama at the 2016 National Television Awards, Best Drama Series at the 2016 Broadcast Awards, and Outstanding Newcomer for British Television Writing at the British Screenwriting Awards.  The second series went on to win Best Drama at the National Television Awards in 2018.  Recent most recent TV work is Life, a mini-series starring Alison Steadman and Victoria Hamilton broadcast on BBC One in autumn 2020.

The theatre is also launching IGNITE, a new, youth project for 13-17 years olds living in Camden.  IGNITE will start online in March and is free of charge.  It will be led by Director, Lizzie Manwaring (Hampstead Theatre Resident Assistant Director, 2019-2020), supported by Literary Manager Davina Moss.

The project will culminate in the sharing of a short film comprising of devised work from all participants in summer 2021.

Additional activity at Hampstead Theatre this spring will include its current group of INSPIRE writers receiving a rehearsed reading of their first full-length play, online to an invited industry audience, to mark the end of the year-long programme.

Applications for the INSPIRE 2021/2022 programme will open in the summer.