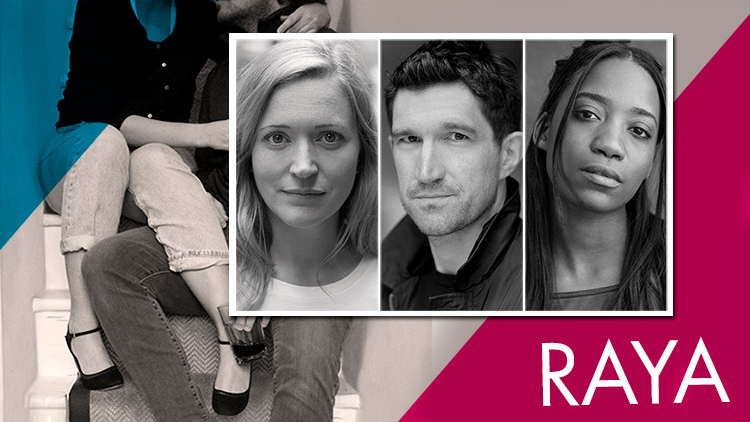 Acclaimed stage and screen actors Claire Price, Bo Poraj and Shannon Hayes will star in the world premiere of Raya by Deborah Bruce. The production will mark the reopening of Hampstead Downstairs. Directed by Roxana Silbert, Raya will be Silbert’s second production at Hampstead Theatre since joining as its Artistic Director in 2019, following the critically-acclaimed espionage thriller The Haystack by Al Blyth in 2020.

Raya is a funny and tender new play which questions whether it is possible to turn back time - even if it’s just for one night. Raya is Bruce’s second play at Hampstead Downstairs following Godchild. Other credits include The House They Grew Up In (Chichester / Headlong) and The Distance (Orange Tree). The production will include design by Moi Tran and sound design and composition by Nick Powell.

Bo Poraj will play the role of Jason. Poraj returns to Hampstead Theatre following the sell-out hit Gloria (2017) and Acceptance (2018). Television roles include Mike Jackford in the popular BBC One comedy Miranda and Bonacieux in the BBC period action drama The Musketeers. Other recent theatre credits include What’s in a Name (UK tour, 2020) and Rasheeda Speaking (Trafalgar Studios, 2018).

Shannon Hayes will play the role of Alannah. This is her debut at Hampstead Theatre. TV roles include, Ted Lasso, Undercover and Cold Feet. Recent theatre work includes The Gift (Theatre Royal Stratford East) and The Ridiculous Darkness (Gate Theatre).