HAMPSTEAD THEATRE ANNOUNCES THE WORLD PREMIERES OF LITTLE SCRATCH, BY REBECCA WATSON, IN AN ADAPTATION BY MIRIAM BATTYE, DIRECTED BY KATIE MITCHELL, AND NELL LEYSHON’S FOLK DIRECTED BY ROXANA SILBERT 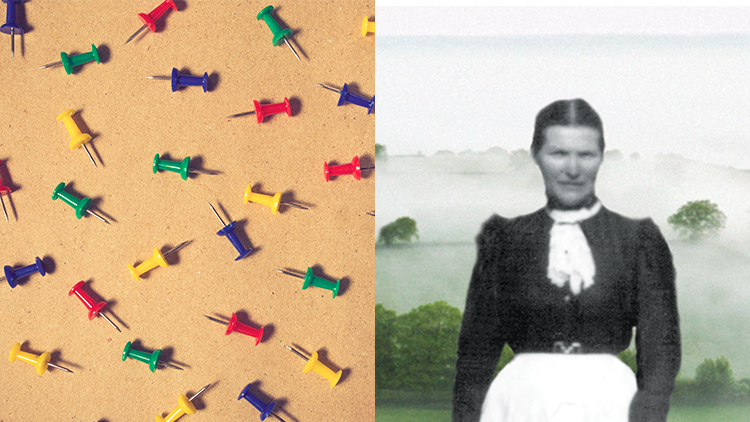 Hampstead Theatre is delighted to announce the remaining two world premieres for its Downstairs space in 2021.

Katie Mitchell will direct Miriam Battye’s compelling adaptation of little scratch. Adapted from Rebecca Watson’s debut novel, little scratch is a fearless and exhilarating account of a woman’s consciousness over the course of 24 hours. Morónkẹ́ Akinọlá, Eleanor Henderson, Eve Ponsonby and Ragevan Vasan will perform in this production from 5 November until 11 December.

Tickets will go on sale from Wednesday 6 October at 10.30am at hampsteadtheatre.com.

“Sound takes centre stage in both of our new Downstairs shows, as we welcome audiences to full capacity in the studio. When Katie Mitchell suggested I read Rebecca Watson’s debut novel little scratch, I was unprepared for how dazzled I would be by its form and sensibility. I am so excited to see how this extraordinary trio, which now includes the brilliant playwright Miriam Battye, bring this compelling story to life onstage.

Folk is a play with a lot of local resonance for us given that Cecil Sharpe House, the first dedicated folk arts centre in the UK named as a memorial to him, is just down the road from us in Camden. It’s also a very personal story to Nell who was brought up in the same village as Louie Hooper, who furnished Sharpe with 300 folk songs, and we’re lucky to have members of the cast and the creative team also from that village. It’s my privilege to collaborate with them in bringing to the stage a rural culture and voice that is rarely seen or heard, and which asks pressing contemporary questions about nationalism and national identity.

“I am so thrilled that little scratch has been adapted for stage. I'm a long-time fan of Katie Mitchell and have always thought of my novel as a kind of performance so this is a real dream for me.  I can't wait to see what Katie, Miriam and the team come up with.”

“Folk was inspired by the true story of two sisters who lived near my village, in the landscape which has influenced much of my work. I am so excited to be returning to Hampstead Theatre where I’ve loved working over many years, and look forward to seeing what Roxana and the incredible cast and team bring to the script.”

‘I have drifted significantly. Thinking for the sake of thinking. Filling my mind… To block out.’

Adapted from Rebecca Watson’s ‘daringly experimental debut’ novel (The Guardian, 2020), little scratch is a fearless and exhilarating account of a woman’s consciousness over the course of 24 hours. The charged narrative records in precise detail her impressions of a deceptively ordinary day - the daily commute, office politics and a constant barrage of texts on WhatsApp – and as the day goes on, she gradually starts to unveil the trauma of a rape that is consuming her.

Rebecca Watson is one of The Observer’s 10 best debut novelists of 2021 and was shortlisted for this year's Desmond Elliott Prize.

Miriam Battye makes her Hampstead debut. Recent credits include Scenes With Girls at the Royal Court, Big Small Lost Found Things at Bristol Old Vic and All Your Gold at Theatre Royal Plymouth. Television work includes Dead Ringers. She is the recipient of the 2020 Harold Pinter Commission.

Katie Mitchell returns to Hampstead Theatre for the fourth time, having previously directed Say it with Flowers, small hours and The Trial of Ubu. Other credits include When We Have Sufficiently Tortured Each Other and Cleansed (The National Theatre), Orlando (Schaubuhne, Berlin) and Lesson in Love and Violence (Royal Opera House).

'I have a little piece of England in my bag. Thank you, Louie.'

1903, Somerset. Rooted in the land where she has lived her entire life, Louie Hooper’s mind overflows with its songs – more than 300 of them passed down from her mother. Cecil Sharp, a composer visiting from London, fears England’s folk songs will be lost forever and sets out on a mission to transcribe each and every one. He believes Louie’s music should speak not just for this place but for the whole of England. But whose England?

Folk aired on Radio 3 in May 2021 as part of the BBC’s Light’s Up series, which turned the spotlight on plays whose staging had been delayed by the pandemic.
Nell Leyshon’s theatre credits include Comfort Me With Apples (nominated for an Olivier Award for ‘Outstanding Achievement in an Affiliate Theatre’ and winner of the Evening Standard Award for Most Promising Playwright) and Glass Eels (both Hampstead), Don’t Look Now (Sheffield / Lyric Hammersmith) and Bedlam (Globe).

Hampstead’s Artistic Director Roxana Silbert will direct her second Downstairs production, following Deborah Bruce’s Raya. Other Hampstead productions include The Haystack. She is also directing the Pulitzer winner ‘night, Mother on the Main Stage this autumn.

Audiences for both little scratch and Folk will return to full capacity, with a limited number of socially distanced performances also available. Safety precautions such as mask wearing and temperature checks remain in place inside the venue, with Hampstead’s air handling system introducing 2,028 litres of fresh air per second in the Downstairs studio.