ROBERT LINDSAY INTERVIEWED BY THE GUARDIAN 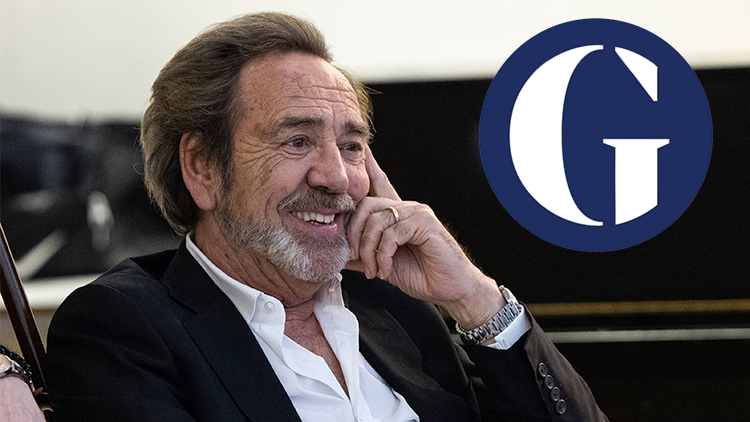 'Robert Lindsay was sitting on the set of The Fever Syndrome at London’s Hampstead theatre, having his photo taken. Instantly recognisable everywhere since his stupidly handsome days – playing the eponymous Marxist in the BBC’s sitcom Citizen Smith from 1977 to 1980 – his face nevertheless, at 72, has an unexpected quality. It’s craggier than you remember, and much more relaxed than you’d expect. Content, even.

The Fever Syndrome is a family drama set in New York, where the adult children of an eminent IVF scientist are congregating in his creaky brownstone to have a number of things out. It’s a powerful, moving work – “in the audience, every night, we’ve had people sobbing” – of which he is passionately proud...

It is rare that you can reasonably ask the question of Lindsay: “How much does this character mirror your own life?” But The Fever Syndrome is an exception. This play is full of peculiar coincidences and resonances: one of the other actors has a child with sudden fevers, as does the grandchild in the play – which gives the play its name, and “I have a son with terrible OCD, which he’s dealing with. We all have our own particular problems with our children, everyone does. As the play says, ‘There’s no perfect child’.”

“I’ve decided now,” he concludes, “I’m going to enjoy my age in this profession. I’m gonna celebrate my age and not get fucked up by it. How women cope with it, I’ll never know.” He switches back into character to quote a wry, elegant line from The Fever Syndrome, peculiarly fitting to his mood of rueful contentment: “I made mistakes. Yeah. Life is full of mistakes. Life itself is a mistake. One genetic mutation after another.”'

The Fever Syndrome runs on the Main Stage until 30 April only.