CHRISTOPHER HAMPTON INTERVIEWED BY THE TELEGRAPH 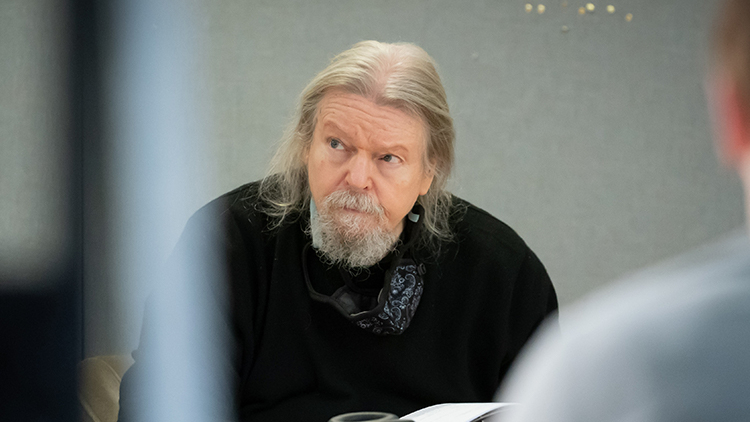 Christopher Hampton interview: I never write plays telling you what to think

'In 2012, the British playwright Christopher Hampton saw a play by a then little-known French writer in Paris and loved it so much he volunteered to translate it into English. The director Laurence Boswell put it on at Bath’s tiny Ustinov theatre in 2014 and the following year it transferred to the West End before embarking on a UK tour.

Last year, a film version, adapted by Hampton and its author Florian Zeller, and starring Anthony Hopkins as an elderly man lost to dementia, won two Oscars and two Baftas, including two for adapted screenplay. “When we tried to move the play to London, a lot of people told us they weren’t sure if anyone would want to see this sort of thing’,” says Hampton. “So to see it win at the Baftas in particular was extremely sweet.”

The play, of course, is The Father and such has been its success here and that of subsequent Zeller plays translated by Hampton, including The Mother, The Son and The Height of the Storm, that Zeller is premiering his latest, The Forest, not in France but in London. Starring Toby Stephens and directed by Jonathan Kent, it features two married men having affairs, and, as is typical of Zeller, combines simple language with a structure so slippery it takes on the disorientating logic of a dream. “Zeller makes you a participant, not just a spectator,” says Hampton. “I’ve written this one in quite a Pinterish way; Zeller loves English theatre. And he really likes English actors, which is one of the reasons he is putting it on here.”'

The Forest runs on the Main Stage until 12 March only.