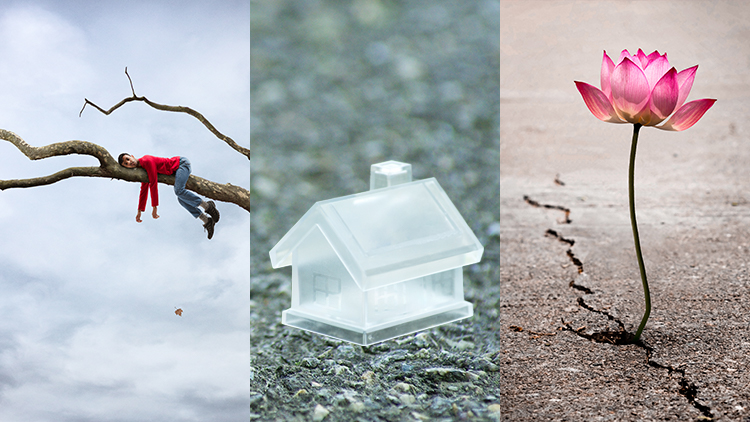 Some Old Street, co-produced by Bunny, is written and performed by Lisa Hammond and Rachael Spence, and will run from 2 April until 7 May. They are joined by director and co-writer, Kirsty Housely and co-writer, Annie Siddons.

Lotus Beauty by Satinder Chohan, directed by Pooja Ghai, will run from 13 May until 18 June. It is presented in association with Tamasha Theatre Company. Full creative team and cast to be announced.

In addition to these three world premieres, The Glad Game, written and performed by Phoebe Frances Brown with direction by Hampstead Theatre’s Associate Director Tessa Walker, and Kali Theatre’s Discovery Showcase will be staged in the Downstairs space on selected dates during February. Tickets are on sale now. Further details are available via hampsteadtheatre.com.

“I am really excited to be welcoming these wonderful artists into our Downstairs space over the next few months. The range, diversity and singularity of their voices is extraordinary and I can’t wait to see their stories brought to life.”

“We’re bonobos, in our family.  A hundred percent… They can be pretty aggressive actually.”

Sam is struggling.  Being a human has never been simple for him.  He just feels like a different kind of creature.  Sam’s family don’t understand.  But then they barely understand themselves.  Now, trapped in a stuffy inpatient clinic undergoing family therapy, they must find new ways to communicate with each other so that, one way or another, Sam can be released from captivity.

The world premiere of Some Old Street is a devised piece of theatre by Bunny, an artistic partnership comprising of Lisa Hammond and Rachael Spence. Bunny are joined by writer and director Kirsty Housley (Extinct, Theatre Royal Stratford) and writer Annie Siddons (How (Not) to Live in Suburbia, Soho Theatre). Expect interviews with real people, homemade songs, plate spinning, an octopus of wealth and double act comedy antics as they ask the question - how can Lisa and Rachael stay together?

Other credits for Bunny include Still No Idea (The Royal Court/Improbable), Souled Out (Shakespeare's Globe) and Lowdown (Channel 4).

“I know exactly what I would do.  I would never move away, that’s a false economy.  Get a normy job for two years, get the down payment, buy it, it’s yours.”

Lisa and Rachael are best mates with a big friendship.  They’re happiest living side by side, in the middle of the city.  Life is tough sometimes, but they are city people, persistent, resilient chancers - and their survival depends on having each other close by.  One day, Rachael learns she's going to have to move out of her rented flat just around the corner from Lisa and the pair set out to fix Rachael’s housing crisis.  Surely by working harder, being funnier and lying better they can get her family housed on one of the most expensive bits of land in the world?

Some Old Street is presented in association with Theatre Deli and developed with support from The Marlowe Theatre.

Lotus Beauty follows the intertwined lives of five multigenerational women, inviting us into Reita’s salon where clients can wax lyrical about their day’s tiny successes or have their struggles massaged, plucked or tweezed away. But with honest truths and sharp-witted barbs high among the treatments on offer, will the power of community be enough to raise the spirits of everyone who passes through the salon doors?

Lotus Beauty is presented by Hampstead Downstairs and Celia Atkin, in association with Tamasha Theatre Company.

The cast and full creative team of Lotus Beauty will be announced in due course.