The Judas Kiss to transfe...

The Judas Kiss to transfer to the West End 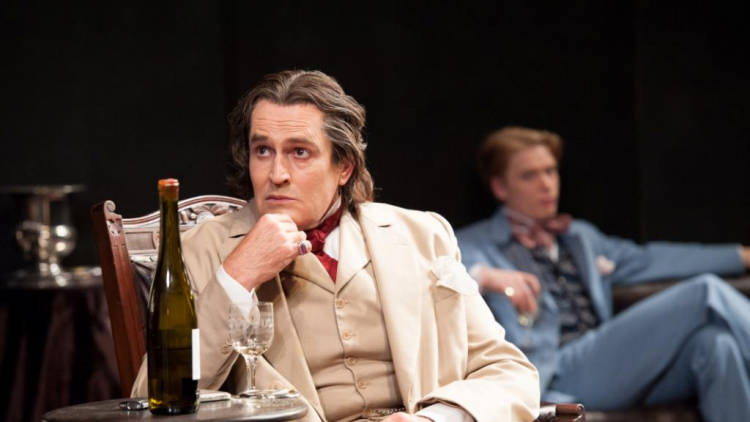 • The Judas Kiss will open at the Duke of York’s Theatre on 17 January, previewing from 9 January.

• Rupert Everett and Freddie Fox will reprise their roles as Oscar Wilde and Lord Alfred Douglas alongside the entire original cast.

• Booking is now open for the strictly limited season which runs until 6 April.

Following a hugely acclaimed and record-breaking sell out run at Hampstead Theatre, Neil Armfield’s production of David Hare’s The Judas Kiss will transfer to the West End. Previewing from 9 January, the production will have a press night on 17 January at the Duke of York’s Theatre.

The producers are delighted that the full Hampstead company will reprise their roles. The cast features Rupert Everett and Freddie Fox in the lead roles of Oscar Wilde and Lord Alfred Douglas, performances which won them universal acclaim, they are joined by Cal Macaninch in the role of Robert Ross. The cast also includes Ben Hardy, Kirsty Oswald, Alister Cameron and Tom Colley.

Directed by Neil Armfield, The Judas Kiss is a fascinating insight into Oscar Wilde’s relationship with Lord Alfred Douglas. David Hare’s play focuses on two critical moments in Wilde’s last years – the eve of his arrest at the Cadogan Hotel and a night in Naples after his release from two years imprisonment; The Judas Kiss speculates on the consequences of his self destructive fatalism, betrayal and love without trust.

Freddie Fox made his Hampstead Theatre debut in this production following performances in Hay Fever (Noël Coward Theatre), Cause Célèbre, A Flea in her Ear (both Old Vic) and The Last 5 Years (Barbican). Film and television credits include Parade’s End, The Shadow Line, Marilyn in Worried About the Boy, The Mystery of Edwin Drood and The Three Musketeers.

David Hare is the author of 28 plays for the stage. They include Plenty, Racing Demon, Skylight, Amy’s View, Via Dolorosa, Stuff Happens, The Permanent Way, Pravda, Gethsemane, and most recently South Downs. He has a long standing relationship with the National Theatre where sixteen of his plays have received their premieres. His many screenplays include Page Eight, The Hours and The Reader.

For further information please contact Laura Myers at The Corner Shop on 020 7831 7657 or email laura@thecornershoppr.com