The Judas Kiss: ★★★★★ from The Sunday Telegraph 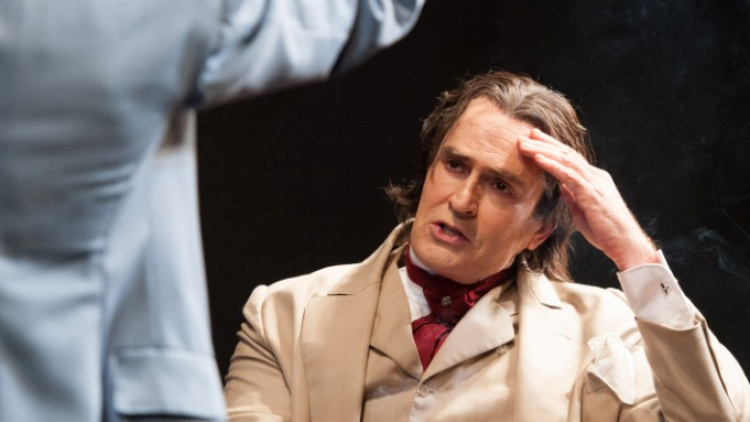 The Judas Kiss Review
By Tim Walker, The Sunday Telegraph

It is, however, Everett’s eyes that make the character come devastatingly alive – they are variously dependent, deluded, despairing and ultimately, in the final scene, as a single spotlight falls upon his face, filled with dread.

He has, in Freddie Fox, a worthy leading man. His Bosie is beautiful, but screechy, highly-strung and mad-eyed and with more than a whiff of sulphur about him. Wilde can look upon him only with a weary sense of enslavement.

This is a match made in theatrical heaven; Fox proves, once and for all, that there is a lot more to him than drawing-room comedies and an illustrious surname, and Everett, for his part, performs the unperformable in making Wilde finally seem human.