The Judas Kiss: ★★★★ from The Telegraph 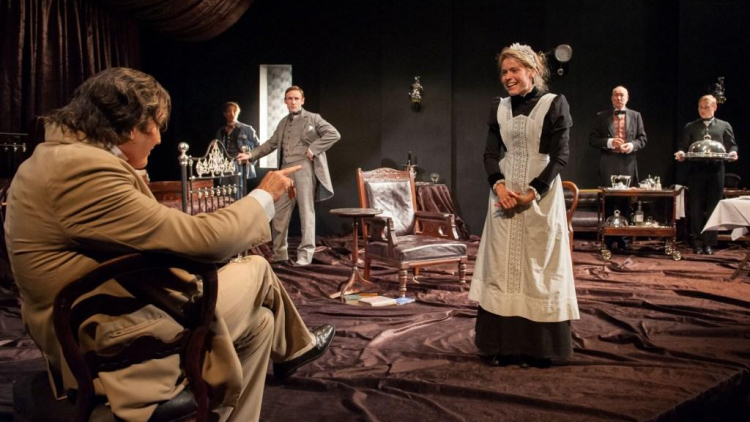 The Judas Kiss Review
By Dominic Cavendish, The Telegraph

The Judas Kiss still stands arrestingly disrobed before us, all the same, as a scintillating play of ideas whose power stealthily increases. Wilde has every reason to seize the chance to flee England – as advised by his loyal friend Robbie Ross (Cal MacAninch, superb in his withheld exasperation) – but he elects to stay on and fight a losing battle. He has every reason to revile the flighty Bosie (played with fantastic child-in-a-nursery petulance by Freddie Fox, son of Edward, and heir to his talents, too), yet he holds true to him.

This isn’t through mere obstinacy, vanity, infatuation or a messianic sense of himself as fated to wear the thorny crown of suffering – though these motivations are aired as explanations for his self-made downfall.

In the end, Hare, ably suggests, Wilde stayed true to his faith in beauty, “above everything, and in all things”, and with it the rejection of “what is called morality” – even if that meant ruin, separation from his children, and the loss of his talent. Without his cleaving to an integrity his own age could not recognise, our own would the poorer.

You can see that, grandiosely, in Christ-like terms of sacrifice, but strip away the mythology that has grown up around Wilde, and you behold instead just a remarkable man making ordinary, necessary choices.