A Cup of Tea with... Ignorance/Jahiliyyah's Andy Apollo 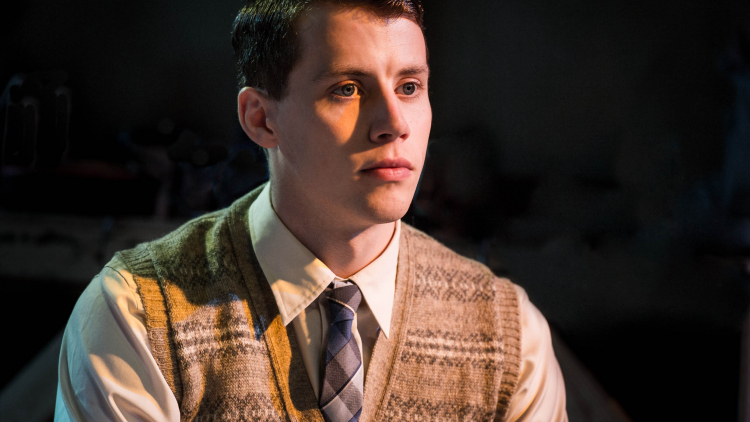 We chatted to Andy Apollo over a cup of tea between performances about his dream roles, playing a ‘bigoted jerk’ and his critically acclaimed turn as a dragon. Andy is playing Wayne in Ignorance/Jahiliyyah until 15 December.

Welcome to Hampstead Andy. You’re just over a week into the Ignorance/Jahiliyyah run – how’s it all going?

Very well. It’s a challenging play which asks a lot of the audience. We’re beginning to build momentum and really discover how it works as a piece.

I was quite naughty at school and I found acting was a good way to get the attention I craved, without getting in trouble. As I got more into it I discovered both how intimate and how infinite it could be as an art form.

What attracted you to Ignorance/Jahiliyyah and the part of Wayne?

On the surface, he’s this hostile, bigoted jerk, so I wanted to get underneath that and try and figure out why he would have become that way. In a similar way to how the play looks at why Islamists become radicalised, I wanted to examine what might have informed his objectionable views.

My character is referred to as a ‘jumped up kid in a grown man’s suit hitting on the little guy’ – a fair description of the ugly side of America, and more widely the West, I’d say.

This is a fair few months back, but I thought Goodbye to All That at the Royal Court earlier this year was a superb first play by a chap called Luke Norris – one I shall watch out for in the future. And the RSC’s pan-African Julius Caesar.

Playing a dragon in a nursery Christmas show. I excelled myself – all downhill from there.

The guy opposite me dried up, and left me to sort it out – I had to steam ahead with my next line which, after a five second pause, made me look like the one who dried. But it’s never unbearable. As an actor I think you’ve got to have a pretty high threshold for embarrassment.

Henry V or Stanley Kowalski. Give it a few years.

A chef. Or a shepherd.