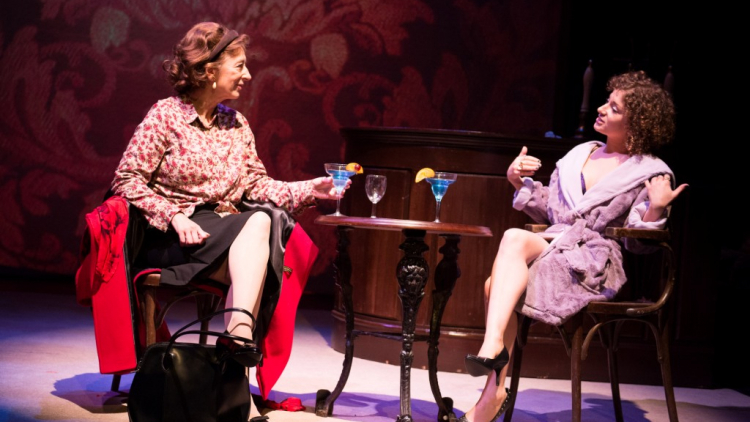 In an extraordinary monologue near the end of ‘Old Money’, Joyce (Maureen Lipman) describes seeing bits of her face floating in a bowl of soup. Following her husband’s death, Joyce’s suffocating ‘mask’ of motherhood is finally beginning to shred.. And just as Joyce gets a fresh lease of life in Sarah Wooley’s excellent new comedy, so too does Maureen Lipman in a revelatory performance.

As her family parade their grief, Joyce sits in silence at her husband’s wake. She seems exceptionally fragile, as if she’s spent a lifetime staring sadly out of windows. But then Joyce buys a flashy, new red coat. Soon, she’s supping with strippers and flirting with strangers. Not even her dying mother can haul Joyce back to the family fold and her old, and ageing, way of life.

Wooley’s beautifully observed script – threaded through with such crisp humour – allows for a host of understated but powerful performances. Helen Ryan is ferociously entertaining as Joyce’s mother, Pearl, a lady who pronounces ‘London’ as if it were a disease and ‘grief’ as if it were a gift. Tracy-Ann Oberman, as a harassed mother and Joyce’s leeching daughter, is as sympathetic as she is repulsive.

But it is Lipman who consistently compels, aided by Terry Johnson’s acute direction. This is a natural but brilliantly detailed performance. As Joyce innocently chats with a stripper, she loops her handbag through her legs. And when she attends her mother’s funeral, her screeching sobs descend into hideous, manic laugher. Honest, haunting and unforgettable.