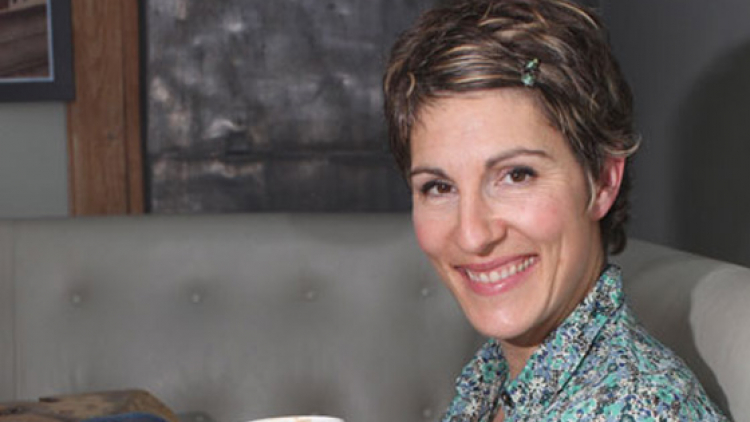 On her return to the stage, the star of Green Wing talks to The Observer’s Kate Kellaway about ageing, her love of London, and what her kids think when waiters call her ‘Sir’

You are about to star in William Boyd’s new play, Longing. Tell us about it, and your part…

Longing is based on two Chekhov short stories, “My Life” and “A Visit to Friends”. It is a delicate picture of changing communities in late 19th-century Russia. It is about power, wealth and nostalgia for times past, and the torment of opportunities missed. I play a cholera-specialist doctor reunited with two of her oldest friends, who together witness seismic changes across a provincial community. William Boyd has intricately linked an ensemble of characters from the two short stories.

This isn’t the first time you have worked with Nina Raine. What is she like as a director?

I had a great time working with Nina on April de Angelis’ play, Jumpy, and was delighted to have a chance to work with her again. Chekhov was said to have a wonderful curiosity and compassion about people – Nina does too. She patiently allows you to find things out in the playing that are not immediately apparent. She is also a great laugh.

You have been praised for conveying strength and vulnerability at the same time. Does this describe your acting or who you are?

It is hard to describe one’s own acting, but I am interested in contradictions. Sometimes, I’ll come at something from an opposite direction… In this play I have mistakenly been trying to bury my character’s longing so that at the end it comes as a surprise. Nina has just said a fantastic thing – suggesting that suspense may be more thrilling than surprise…

You’ve been a comic star in TV such as Green Wing, Episodes and Friday Night Dinner. How good are you at seeing the comic side in your own life?

I think comedy stems from being honest, often painfully so. I hope I can achieve that perspective in my own life and also have fun.

You have three children… how important is a sense of humour in a parent?

Essential. Kids have a great sense of humour. If you don’t, you are going to miss out.

I’ve read that your father was 60 when you were born. What was it like having an older dad?

Children accept things; they see a landscape and say, “That is a tree.” It doesn’t matter that it’s an old tree. I had a father and that was brilliant. I went to school with a lot of people with divorced parents, but it was unconventional – people would say: “Oh, you are out with your grandad.” And I thought that was just silly! But his age didn’t stop him from being committed, humble, practical, energetic and present. I have experienced something similar myself. I have been to restaurants where waiters say to me: “And for you, Sir?” And my children wonder: “How are you going to serve me great food if you don’t know that my mum is not a bloke?”

Like Emma Thompson, you went to Camden School for Girls – how did you find it?

Camden is an incredible school. They nurture a love of study, but it is also artistic and forward-thinking. But we lived in Brent, outside the borough, and my parents were Tories. I felt all at sea because I grew up in a home where we didn’t sit round the table and have discussions about the abolition of slavery and poll tax riots. I didn’t have the tools to engage that way at school. I feel sad about that now, but understand how it was.

What was your favourite subject?

I loved English. In fact, my English teacher had your surname: Kellaway.

That was my mother!

Wow! I loved her. She was brilliant. She had this incredible tenderness towards people. Whatever her pupils said was of value. We were doing TS Eliot’s The Wasteland and I remember saying, “Isn’t it a bit like this?” And she would always say “Yes!” Even if you hadn’t really got the right end of the stick, she’d say “Yes, let’s talk about that.”

How much of a control freak would you say you were?

I don’t know! I like things tidy. Does that mean I’m a control freak? What is the imperial gauge of control-freakery? Who owns the scales? Maybe you should ask my husband; he doesn’t see untidy.

Longing describes a rural idyll gone wrong. Do you ever long to move to the countryside? Or did playing the downtrodden wife, Beth Hardiment, in Tamara Drewe put you off?

I loved filming Tamara Drewe in Dorset through late summer/early autumn – I loved the air, the colours, the smells. But I grew up and live in London: I like to get out but I really love coming back. I love London’s connectedness, beauty, its incredible heart. When I first met my husband we used to walk everywhere, despite my terrible sense of direction.

Are you an escapist?

I suppose I flee to life. I am most interested when conversations become difficult.

What makes you angry?

Injustice. Even small things like people being selfish on the road. Carelessness makes me cross. And unkindness.

Is middle age a no-no for women? Why the need to look young?

It’s a part of what it is to be alive that we don’t want to get any closer to death if we can possibly avoid it. You look in the mirror and think: “Oh shit, I am getting closer.” All our fears are rooted in that eternal fear that very soon we are not going to be here any more. We all cling to it. Men also get grey, yet people say, “Greyer and hotter.” A woman gets grey and people say, “Look, she’s grey.” Inside, what sort of age do you think you are? I am about 16.

What future part would you most like to play?

Now I have dipped my toes in Chekhov’s world, I would love to do The Cherry Orchard or The Seagull. And more of the classics. I’d love to try Cleopatra, Lady Macbeth, Paulina… Just ask me.