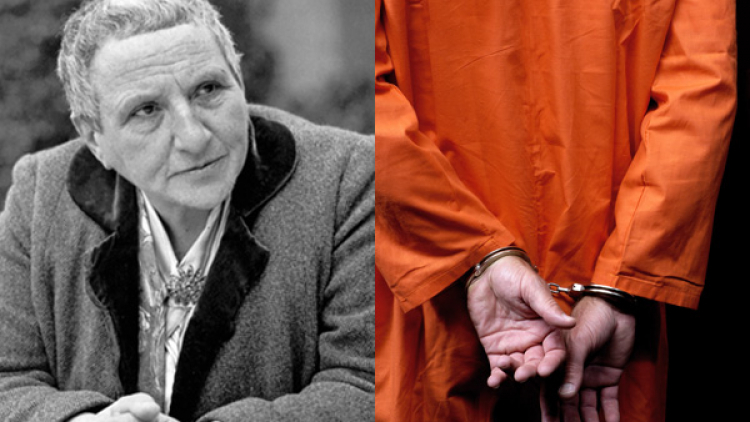 Hampstead Downstairs / The Peter Wolff Trust are delighted to announce two new plays; Say It With Flowers by award-winning theatre maker Katie Mitchell and A Human Being Died That Night by the acclaimed playwright Nicholas Wright.

Hampstead Downstairs is delighted to welcome back the critically acclaimed director Katie Mitchell after last year’s The Trial of Ubu on the Main Stage and the sell-out small hours. Mitchell brings ‘her relentlessly innovative approach’ (The Independent) to Say It With Flowers and takes the audience on a surreal and unexpected journey through a selection of celebrated American modernist Gertrude Stein’s writing.

Katie Mitchell’s other credits include Hansel & Gretel, A Woman Killed with Kindness, Women of Troy (all National Theatre) and Written on Skin (Royal Opera House).

Say It With Flowers will be performed in promenade and will last 45 minutes. There will be two performances each night.

‘I was a veteran fighter. That’s how I saw myself. But at the end of the day, Pumla, all that I really am is a veteran of lost ideologies. Once you realise that, you lose your innocence’

A member of the Truth and Reconciliation Commission, she is interviewing Eugene de Kock while he serves 212 years for crimes against humanity, murder, conspiracy to murder, attempted murder, assault, kidnapping, illegal possession of firearms, and fraud.

How did he become one of the most reviled figures in apartheid history? Is she able to overcome her disgust and hate for this monster and find the human within? And will he even be prepared to open up and tell an educated black woman the truth?

Nicholas Wright makes his Hampstead Downstairs debut following his sell-out hit The Last of the Duchess on the Main Stage in 2011. A Human Being Died That Night is based on the best-selling book of the same name by Pumla Gobodo-Madikizela and explores her extraordinary interviews with Eugene De Kock, her time on the TRC, and how a fundamentally moral person could become a mass murderer.