Drawing the Line to be li...

Drawing the Line to be live-streamed worldwide and free 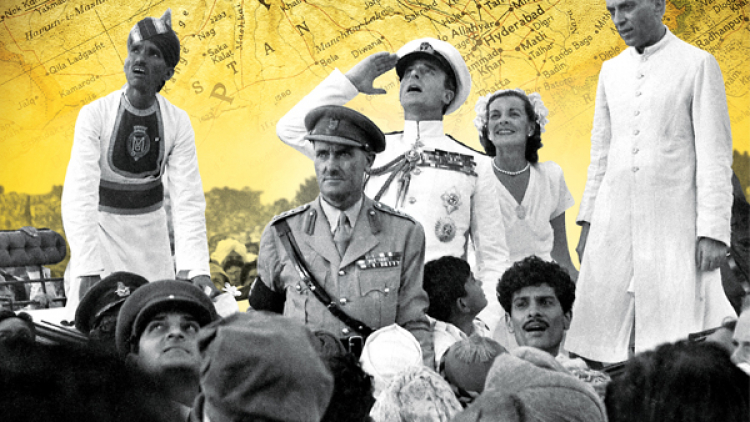 Hampstead Theatre in association with The Guardian announces

HOWARD BRENTON’S MOST RECENT PLAY, #AIWW: THE ARREST OF AI WEIWEI, WAS PRODUCED AT HAMPSTEAD IN APRIL 2013 AND LIVE-STREAMED AROUND THE WORLD WATCHED BY THOUSANDS IN 84 COUNTRIES. WITH DRAWING THE LINE NOW SOLD OUT AND A HIGH DEMAND FOR TICKETS, THE PERFORMANCE OF DRAWING THE LINE ON SATURDAY 11 JANUARY WILL BE LIVE-STREAMED OVER THE INTERNET WORLDWIDE AND FREE ON HAMPSTEADTHEATRE.COM AND THEGUARDIAN.COM

‘Have the British sent a fool? Do they want to turn partition into a Gilbert and Sullivan opera?’

Inspired by conversations he had during a visit to India in 2009, Howard Brenton’s sweeping epic Drawing the Line exposes the chaos of the Partition that has shaped the modern world. Howard Brenton and Howard Davies reunite following Hampstead’s critically acclaimed and sell-out hit 55 Days last year.

In 1947 Mr Justice Cyril Radcliffe was summoned by the Prime Minister from the Court where he was presiding and given an extraordinary mission. He was to travel to India, a country he had never visited and of which he had almost no knowledge, and, with limited survey information, no expert support and no knowledge of cartography, to draw the border which would divide the Indian sub-continent into two new Sovereign Dominions: India and Pakistan. And he had only six weeks in which to complete the task.

Howard Brenton said ‘On behalf of the company, we’re delighted that Drawing the Line will be live streamed. The play has big themes: the end of the British Empire, the birth of India and Pakistan and the terrible human consequences of the creation of the border between them. But it also celebrates the humanity and brilliance of the leaders of the different communities and their visions for a better future. Live streaming is a very exciting way of setting up our theatre anywhere on the subcontinent, or in the world, so anyone can see our play.’

Hampstead Theatre has negotiated an unprecedented agreement with the cast and creative team to allow the live-streaming of the 11 January 2013 performance.

Viewers can interact via twitter throughout the live-streaming using #DTLliveStream. The show will be available on demand for 72 hours following the livestream on both websites. There will be a post-show live webchat with Howard Brenton on Tuesday 14 January at 1pm on theguardian.com/stage

Hampstead Theatre’s Artistic Director Edward Hall said “We are delighted that Hampstead Theatre can continue to break new ground, following our first successful live-streaming event of The Arrest of Ai Weiwei in April, and live-stream for free this extraordinary play by Howard Brenton. We hope people all over the world will engage with this fascinating piece of history which has been rarely explored on
the stage until now. We are grateful to Howard, the Cast and the Creative Team for their support in enabling us to show their work in this way”.

Director Howard Davies’ theatre credits include Children of the Sun, Never So Good, Paul, The Cherry Orchard (National Theatre) and All My Sons (West End).

This live event is sponsored by the Esmée Fairbairn Foundation.