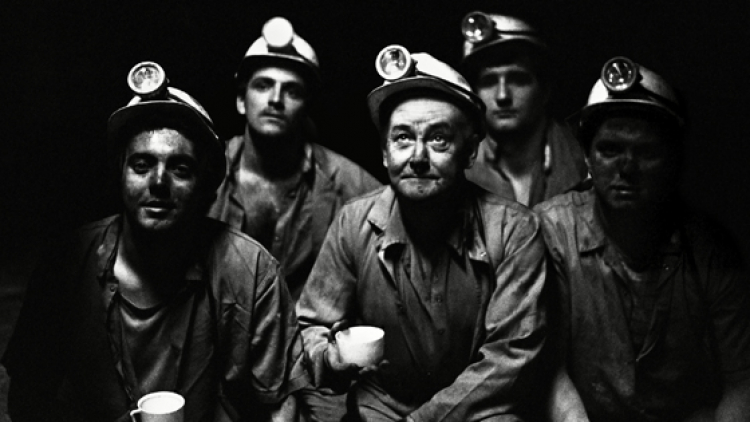 There’s 250 million years down there. A miner, he’s not just working a piece of rock, he’s working with the world…

London, 1984. A conflicted Tory MP, a brash American CEO and an eccentric maverick are the face of a radical Conservative government preparing to do battle with the most powerful workforce, the miners. As the two sides clash, the miners fight for their livelihoods and families, and the government for its vision of a free Britain. Together they change the fabric of the nation forever.

Marking the thirtieth anniversary of the Miners’ Strike, Beth Steel’s epic drama presents the full sweep of the turbulent events that transformed the country – from the corridors of Westminster, to pitched battles with the police, to the coal faces of Nottinghamshire.

A finalist for The Susan Smith Blackburn Prize for Best New Play, Wonderland is Steel’s first major play to be produced on the London stage following her writing debut Ditch in the Old Vic Tunnels.

Lighting is by Peter Munford and sound by Matt McKenzie.

This production is kindly sponsored by Lin and Ken Craig.