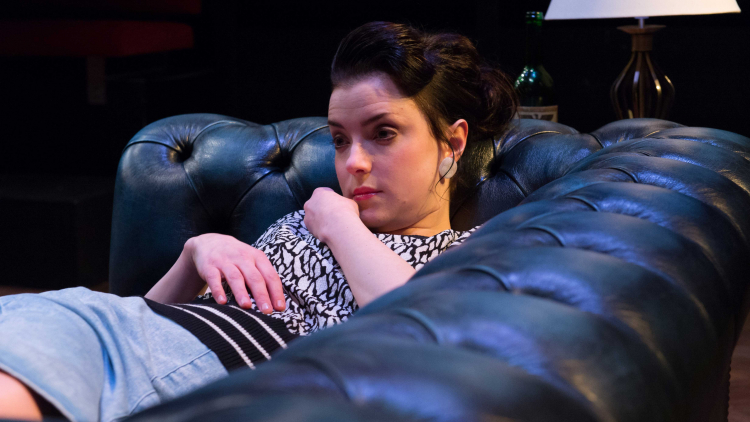 Welcome to Hampstead Laura. You’re in the full swing of rehearsals (for Missing Dates) during the day and performances (of Japes, Michael and Japes Too) in the evening – how’s it all going?

It’s pretty busy. I’m hoping my brain will keep expanding so I can fit it all in. It’s a very challenging and fulfilling project – I have never done anything like it!

What attracted you to the part of Anita in In The Vale Of Health?

I get to play someone through many stages of her life. From the 60s through to the 90s across the four plays. The writing is extraordinary. I have always wanted to work at Hampstead Theatre, and with Tamara Harvey. It was a no brainer.

I did a lot of dance while I was growing up which led me to the stage and then I grew increasingly increasingly interested in playing characters. I also had a wonderful drama tutor; she was my inspiration.

I saw a production of Miss Julie up at the Royal Exchange with Maxine Peake (It was a while ago – but definitely worth mentioning.) Maxine Peake is a phenomenal actress.

Yes. Actually mostly too embarrassing to mention! Is it enough to say that I can be quite clumsy? (with myself and objects!)

Who are your acting idols?

Maxine Peake, Meryl Streep, Anne-Marie Duff, Judi Dench – I could probably go on for a while.

Possibly something to do with speech therapy . I think it would be a fascinating area to get into.

The only thing you have to fear is fear itself. (Patrick Stewart)

I quite like my bed – especially at the moment!