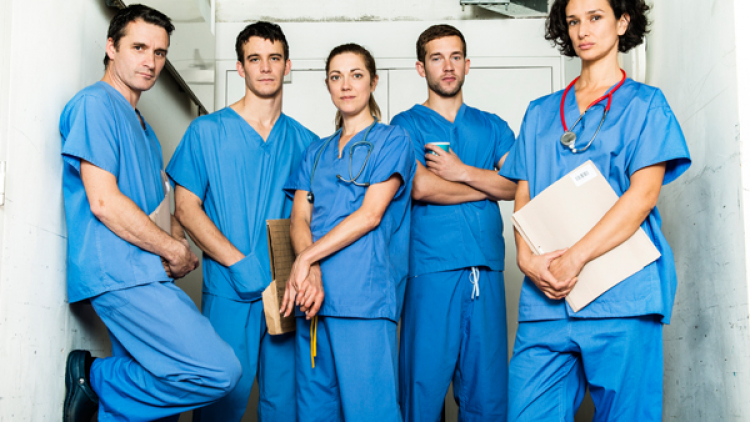 Following its sell-out success in 2011, Hampstead Theatre revisits one of its most popular commissions, written and directed by the award-winning Nina Raine.

Professionalism and prejudice, turbulent staff romances, ambition and failure collide in an action-packed drama about an overburdened service that we all depend on and the dedicated individuals that keep it going.

Lighting will be designed by Neil Austin, with sound by Fergus O’Hare, video by Dick Straker and choreography by Leon Baugh.

Indira Varma is best known for her roles in Game of Thrones, Rome, The Canterbury Tales and Luther. Her most recent stage appearances include Titus Andronicus (Shakespeare’s Globe), The Hothouse (Trafalgar Studios), and Dance of Death and Twelfth Night (Donmar Warehouse). Her film appearances include Exodus, Silent Hours and All You Need is Kill and her first major breakthrough Kama Sutra: A Tale of Love.