Indira Varma: A career in...

Indira Varma: A career in pictures 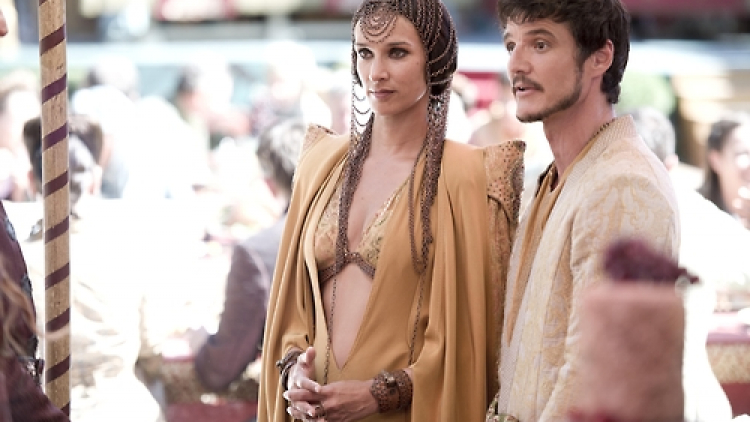 Famous for roles on screen and stage, Indira Varma has enjoyed an incredibly varied and successful career from playing Harold Pinter’s Gila in One for the Road (Broadway), Noel Coward’s Bunty Mainwaring in The Vortext (Donmar) and David Hare’s Nadia Baliye in The Vertical Hour (Royal Court) to prolific television roles such as Game of Thrones and Luther. Indira makes her Hampstead Theatre debut in Nina Raine’s Tiger Country. Here are some of her career highlights so far.

As Tamora (with Matthew Needham and William Houston) in Titus Andronicus (Shakespeare’s Globe, 2014)

As Ellaria Sands (with Pedro Pascal) in Game of Thrones (2013)

As Miss Cutts in The Hothouse (Trafalgar Studios, 2013)

As Jessica (with Antony Sher) in Hysteria (Theatre Royal Bath, 2012)

As Olivia (with Zubin Varla and Derek Jacobi) in Twelfth Night (Donmar, 2008)

As Sylvia (with James McAvoy) in Privates on Parade (Donmar, 2002)