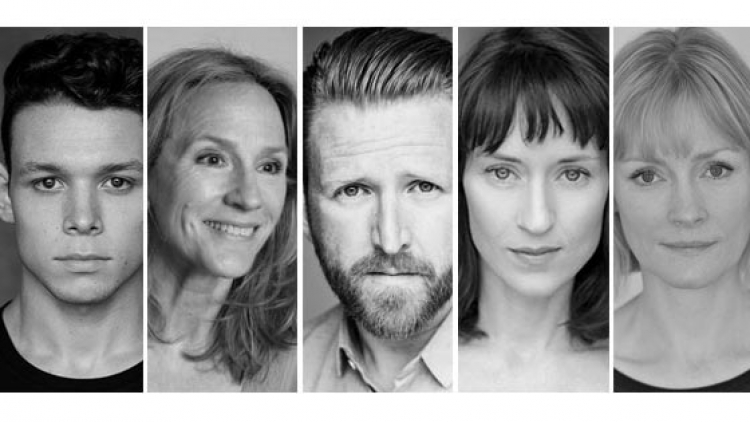 ‘If space is infinite, then there are tons of you’s out there, and tons of me’s’

Becca and Howie Corbett are a happy suburban family with everything they could want until a shocking and sudden event turns their world upside down and leaves them drifting perilously apart. Riding the turbulence of domestic life, Becca and Howie must find a way back to each other whilst their unpredictable family tries to bridge the ‘infinite space between’, which life changing events create. David Lindsay-Abaire’s stunning Pulitzer Prize winning drama, filled with distinctive wit and grace, charts the journey of grief and its antidotes – love and hope.

Claire Skinner plays Becca. Making her Hampstead debut, Claire most recently starred in The Father at The Wyndhams Theatre, having transferred from The Tricycle. Other notable theatre credits include Blurred Lines, Mrs Affleck, A Winter’s Tale, Othello (National Theatre), Deathtrap (Noel Coward Theatre), Moonlight (Almeida and Comedy Theatre), Measure for Measure (RSC), The Importance of Being Earnest (The Aldwych) and The Glass Menagerie (Donmar / Comedy Theatre), for which she was nominated for an Olivier Award for Best Supporting Actress and won both a London Critic’s Circle Award and Time Out Award for Best Actress. Television and film credits include Critical, Outnumbered, Inside No. 9, Silk, Doctor Who, Lark Rise to Candleford, Sense & Sensibility (BBC), Homefront, Poirot (ITV), Sleepy Hollow, Life is Sweet and Naked.

Tom Goodman-Hill plays Howie. Tom returns to Hampstead having previously performed in Darker Shores, with other recent theatre credits including The Effect, Earthquakes in London (National Theatre), Death and the Maiden (Harold Pinter), Enron (The Coward Theatre, Chichester and Royal Court), Spamalot (Palace Theatre – Olivier Award nominee for Best Supporting Performer in a Musical) and The Cosmonaut’s Last Message to the Woman He Once Loved in the Former Soviet Union (Donmar Warehouse). Television and film credits include The Secret Agent (BBC One), Humans (Channel 4), Mr Selfridge (ITV), Call the Midwife (BBC), Black Mirror, The Truth Commissioner, Everest and The Imitation Game.

Georgina Rich plays Izzy. Georgina trained at RADA and her theatre credits include Between Us (Arcola Theatre), As You Like It (Rose Theatre), The Merchant of Venice (RSC), Dirty Dancing (Aldwych Theatre), Honour (PW Productions), Much Ado About Nothing, Lear (Crucible Theatre) and Twelfth Night (ETT). Television credits include Cuffs, River, Ripper Street, In and Out of the Kitchen, The Game, Sherlock, New Tricks, Public Enemies, Walking the Dead and Law and Order.

David Lindsay-Abaire returns to Hampstead following the success of his sell out comedy Good People starring Imelda Staunton, which transferred to the West End. He won the Pulitzer Prize for Drama for Rabbit Hole, which also received five Tony nominations, a Spirit of American Award, and was later adapted to film, starring Nicole Kidman. Further theatre credits include multiple award winning Shrek the Musical, which was nominated for eight Tony Awards, four Olivier Awards and a Grammy; Fuddy Meers; Kimberly Akimbo; Wonder of the World; and A Devil Inside.

Edward Hall’s Hampstead Theatre productions include Firebird, Wonderland, Sunny Afternoon, Raving, Chariots of Fire, No Naughty Bits, Loyalty, and Enlightenment. As Artistic Director of Propeller, his work has toured worldwide, played in both the West End and Broadway, and has won numerous awards both in the UK and overseas. Other theatre work includes A Funny Thing Happened on the Way to the Forum (National Theatre), Edmond with Kenneth Branagh (National Theatre), Macbeth with Sean Bean (Albery), The Constant Wife (Apollo), Julius Caesar (RSC), Henry V (RSC), and The Deep Blue Sea (Vaudeville). Television work includes Partners in Crime, Restless, Downton Abbey, Strike Back, Spooks and Kingdom.

This production has been made possible by the generous support of Lin and Ken Craig.