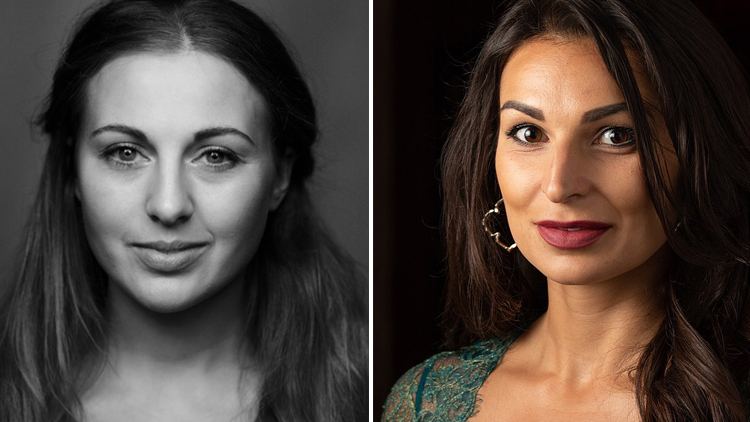 The Susan Smith Blackburn Prize has announced the 10 Finalists for its prestigious play writing award and among them are our next two Main Stage writers: Martyna Majok and Ella Road.

The oldest and largest prize awarded to women playwrights has just released its list of finalists for 2019 and we are thrilled to see some familiar and very deserving names...

Martyna Majok, who's Pulitzer Prize winning play Cost of Living plays on the Main Stage until 9 March, has been nominated for her play Sanctuary City.

Ella Road's debut play The Phlebotomist, which premiered at Hampstead Downstairs and transfers to the Main Stage from 19 March - 20 April has also earned it's playwright a nomination and position on this prestigious list.

'Ella Road is a writer and actor from London. The Phlebotomist is her first play. It premiered at the Hampstead Theatre Downstairs in Spring 2018 and will transfer to the Main House in Spring 2019. Ella is currently writing new commissions for the Almeida Theatre, Hampstead Theatre and Theatre Royal Plymouth, and is one of the Bush Theatre’s 'Emerging Writers’ 2018/19. She is also in development on a number of projects for TV and Film, including a television adaption of The Phlebotomist. Film credits include The Wyrd, and the latest Stand Up to Cancer video campaign for RSA Films. For radio: 'Road to Oxford' for BBC Radio 4, and the upcoming adaptation of The Phlebotomist for BBC Radio 3. She also acts for theatre, screen and radio. Ella is co-founder of the new writing company Flux Theatre, which aims to champion new voices in the arts. She also teaches English, facilitates creative writing workshops, and writes the occasional poem.'

To read more about The Susan Smith Blackburn Prize and for the full list of finalists please visit the official website here.

BOOK TICKETS FOR COST OF LIVING

BOOK TICKETS FOR THE PHLEBOTOMIST