Learn more about Bijan Sheibani director of Sons of the Prophet 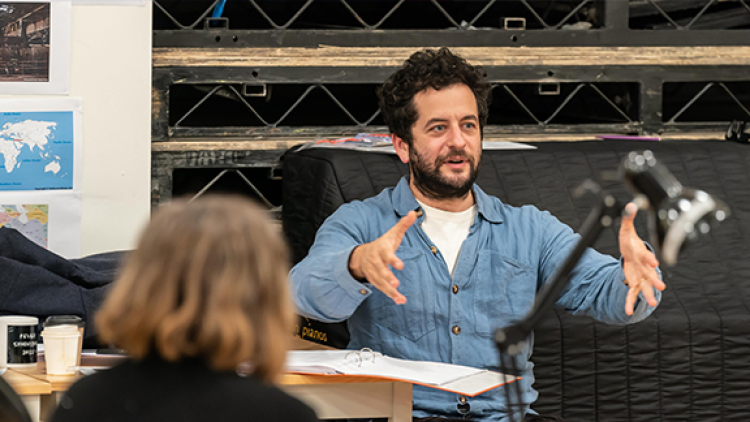 BIjan is a writer and director of many successful theatre shows

Bijan has directed an incredible number of shows including the ★★★★★ “haunting, poetic and beautiful” (WhatsOnStage) The Brothers Size, Dance Nation (Almeida), and the hugely successful Barber Shop Chronicles which sold out at the National Theatre twice, and has been seen all over the world with international tours to Australia, New Zealand and the USA.  His National Theatre production of A Taste of Honey, transferred to the West End following its national UK tour.

The Arrival was Bijan Sheibani’s “tremendous” (The Times) and “flawless” (Daily Telegraph) debut as a writer, which he also directed! The Arrival opened in 2019 at the Bush Theatre and starred Irfan Shamji who he is now working with again on Sons of the Prophet. Since Bijan’s writing debut in 2019 he has begun writing for two Netflix series and has written and directed Morning Song a short film for Film Four. Bijan has always written, but says “I didn’t have the courage to share my writing for a long time”, he sees writing and directing as connected disciplines saying directing is “writing without changing the text” (The Bush). 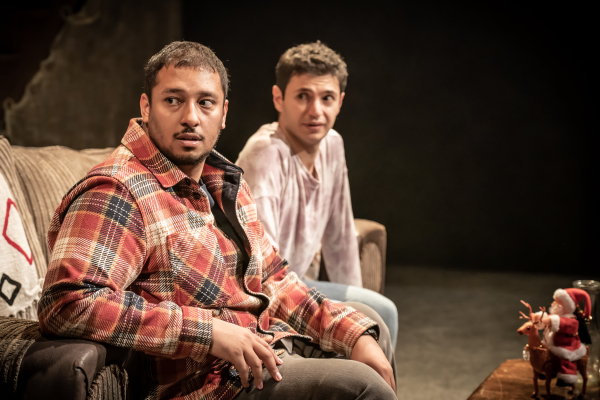 Irfan Shamji (Joseph) and Eric Sirakian (Charles) in Sons of the Prophet. Image by Marc Brenner

He almost became a professional musician instead of a director

Bijan studied piano and violin when he was younger, and considered becoming a professional musician before getting serious about theatre. His work often shows that direct link between music and theatre, and Bijan has also directed a few operas. Notable credits include Nothing for Glyndebourne (Danish National Opera), which was nominated for a 2017 Southbank Sky Arts Award for Best New Opera, and Tell Me The Truth About Love (Streetwise Opera).  He’s quoted as saying “Directing’s often like playing music, in the way that you have to interpret a piece of music – you have to understand the rhythm of it, and the structure of it.” (Guardian)

He won 4 International awards before he was 30

Bijan’s impressive career as a director has won him an array of awards including the Olivier Award in 2008 for Outstanding Achievement in an Affiliate Theatre for Gone too Far! His production of The Brothers Size was also nominated in the same category at the Olivier Awards and won Best International Production at the Barcelona Critics Circle Awards in that same year. Bijan also won the James Menzies-Kitchen Award for Young Directors in 2003 and was also nominated for an Olivier Award in 2010 for Best Director for his production of Our Class. If that wasn’t enough, he achieved all of this before he was 30! 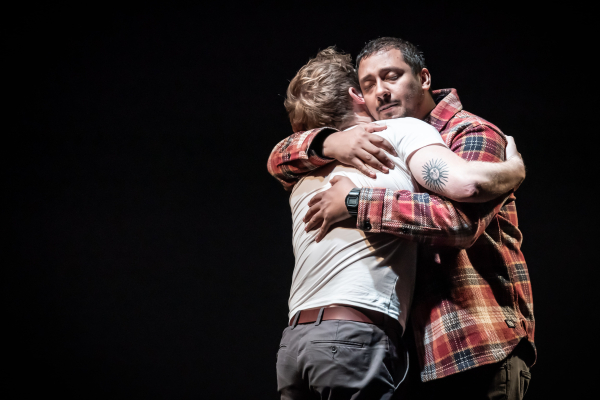 Jack Holden (Timothy) and Irfan Shamji (Joseph) in Sons of the Prophet. Image by Marc Brenner.

Bijan says “It’s been a real pleasure to work with this very talented group of actors and creatives on such a deep and funny and complex play. I have really enjoyed working with Stephen Karam and the team at Hampstead, and I am now very excited for audiences to also come and hang out with these wonderful characters in Pennsylvania!”

Sons of the Prophet plays on Hampstead Theatre’s Main Stage until the 14 January .