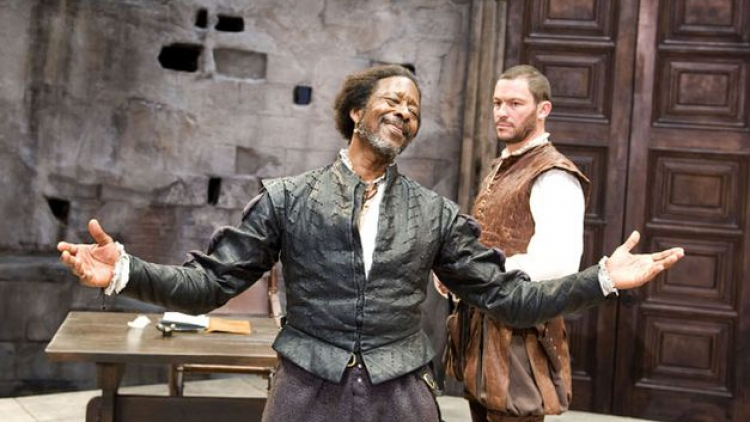 From The Wire and Doctor Who to Othello and A Streetcar Named Desire, the cast of Race have enjoyed an incredibly varied and successful career. Here’s a photo gallery of some of their career highlights.

Jasper Britton as Petruchio (and Alexandra Gilbreath) in Greg Doran’s The Taming of the Shrew (RSC, 2003)

Nina Toussaint-White as Mels in Doctor Who (BBC, 2011)