Good People: ★★★★ from The Independent 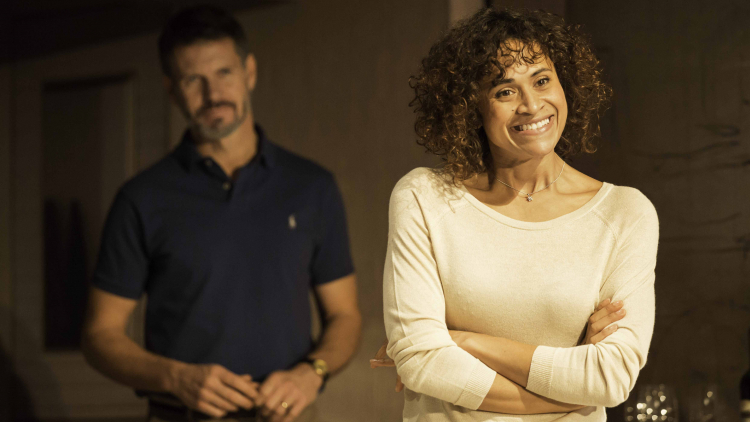 Good People, receiving its UK premiere, is a superlatively cast production that’s directed with mordant aplomb by Jonathan Kent. It asks provocative questions about the American class system and about the role that luck plays in separating the haves from the have-nots and it does so through the kind of artfully mortifying social comedy we associate with the author’s compatriots: Bruce (Clybourne Park) Norris and Neil LaBute.

Imelda Staunton is magnificent as Margie, a tough, sharp-tongued single-mother with a severely handicapped adult daughter whom we first see begging to keep her dead-end job as a cashier at a dollar-store. She’s chronically late not because she’s feckless but because of the unreliability of the baby-sitter. Desperate for work, she hears that Mikey, a high-school boyfriend who has made good as a fertility doctor, is back in town and decides to appeal to him.

He is not overjoyed to see her. The moneyed medic’s smugness and defensiveness (beautifully caught by Lloyd Owen) rile her into taunting him that he’s “lace curtain Irish”. Stung by this, he invites her to party which is then genuinely cancelled. Offended at what she perceives to be a slight, Margie crashes his sleek Chestnut Hill home where she’s initially mistaken for a caterer by Mikey’s glamorous, upper-middle-class African-American spouse (excellent Angel Coulby). The resulting scene is excruciatingly funny (“How’s the wine?” asks the rigidly reluctant host; “How the fuck would I know?” she quips) with the maritally disaffected wife falling over herself to be gracious and egging Margie on to tell stories about Mikey’s past that cast doubt on his determined belief that he rose by sheer desert that she is wretched because of bad choices.

The eloquent expression “making your luck” nicely captures both the unfairness of life’s lottery and the necessity of creative effort. Margie’s pluck, combative humour, mischief and those moments when the resilience falters and the desolation throws through are communicated with a lovely unsentimental warmth, though, in Staunton’s richly convincing and rounded portrayal.