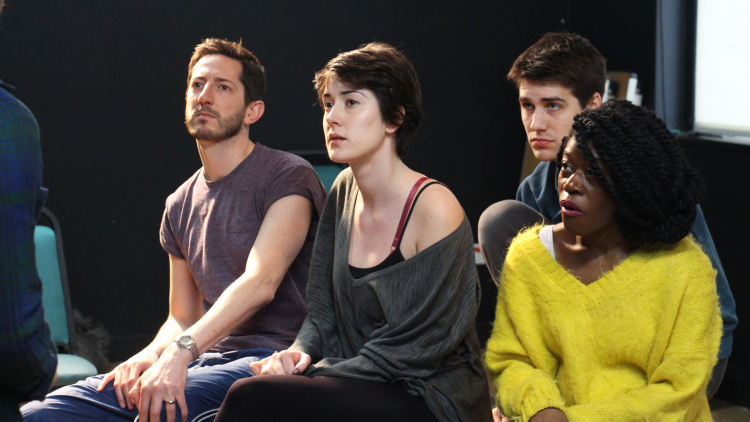 Deposit throws a lively and topical spotlight on ‘Generation Rent’ and the lengths they will go to in order to get that first step on the property ladder.

Rachel and Ben want to buy a flat in London. And so do their friends, Melanie and Sam. But what with rent, tax, student loans, pensions and bills, it’s impossible to save for a deposit. So the foursome come up with a fast-track solution: rent a tiny one bedroom flat between the four of them and split all costs 50/50. It’s only for a year after all – a piece of cake.

But with paper thin walls and space growing sparser by the day, which will they sacrifice first – the friendship, the relationship, or the dream of buying their own property?

Lighting for Deposit is by Johanna Town, Sound is designed by Richard Hammarton and the Movement Director is John Ross.

Laura Morgan has recently graduated from RADA where plays included A Waste of Time, Our Lady of Sligo, Oh! What a Lovely War!, Entertaining Mr Sloane and The Crucible. Other theatre includes The Canterbury Tales and The Merchant of Venice (The Drill Hall). TV includes: The Hollow Crown, The Suspicions of Mr Whicher, Beyond the Pale and Prisoners’ Wives.