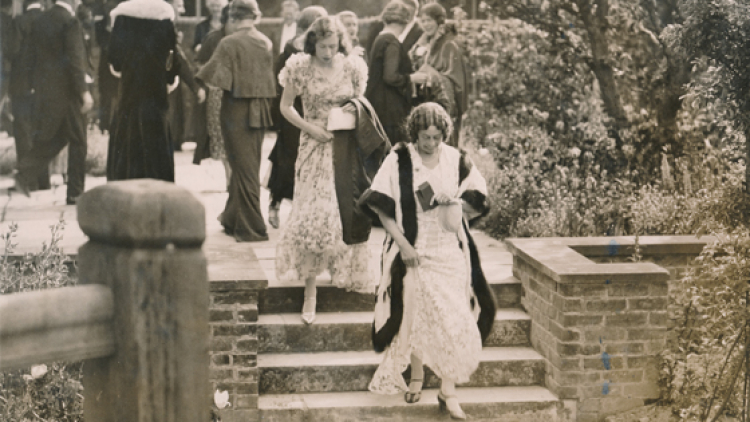 Nobody can doubt John Christie’s passion or his formidable will: he wooed his opera singer wife Audrey with a determination befitting a man who won the Military Cross. Now, in 1934, this Etonian science teacher’s admiration for the works of Wagner leads him to embark on an ambitious project: the construction of an opera house on his estate in Sussex.

But such is the scale of the enterprise that passion alone may not be enough. It’s only when a famous violinist is accidentally fogged in overnight in Eastbourne that Christie first hears word of a group of refugees for whom life in Germany is becoming impossible. Perhaps they can deliver Christie’s vision of the sublime – assuming of course they’re willing to cast his wife in the lead. David Hare’s new play is the story of an intense love affair between some unlikely bedfollows, and of the unrelenting search for artistic excellence in the face of searing scrutiny, sacfifice and war.

Music for the production is composed by Paul Englishby, with lighting design by James Farncombe, and sound design by Tom Gibbons.

This is director Jeremy Herrin’s fourth collaboration with David Hare, following The Vertical Hour, South Downs and The Absence of War. Other stage productions include The Nether (Royal Court/West End), Wolf Hall and Bring Up The Bodies (RSC/West End/Broadway). He is Artistic Director of Headlong Theatre Company.

Roger Allam returns to Hampstead Theatre following Seminar last autumn. Recent theatre credits include The Tempest and Henry IV Parts I & II for which he won the 2011 Olivier Award for Best Actor (Shakespeare’s Globe) and Uncle Vanya (Chichester Festival Theatre). Films include Girls Night Out, The Book Thief, The Iron Lady, The Woman in Black, The Queen and Tamara Drewe.

Nancy Carroll’s many stage appearances include The Magistrate and After the Dance (National Theatre) for which she won Best Actress in both The Olivier and Evening Standard Awards, The Recruiting Officer (Donmar), and House of Games (Almeida). TV includes Father Brown, Holby City, Lewis and Silent Witness, and film includes Iris, The Gathering Storm and An Ideal Husband.

George Taylor returns to Hampstead following The Trial of Ubu in 2012. Other stage work includes Character Solos (St James Theatre), People Like Us (Old Vic and Pleasance), A Woman Killed With Kindness (National Theatre) and The Duchess of Malfi (Oxford Playhouse). TV includes X Company and Partners in Crime, and in film The Lady In The Van, Everest, and Sherlock Holmes: A Game of Shadows.