Reasons to be Happy: Full... 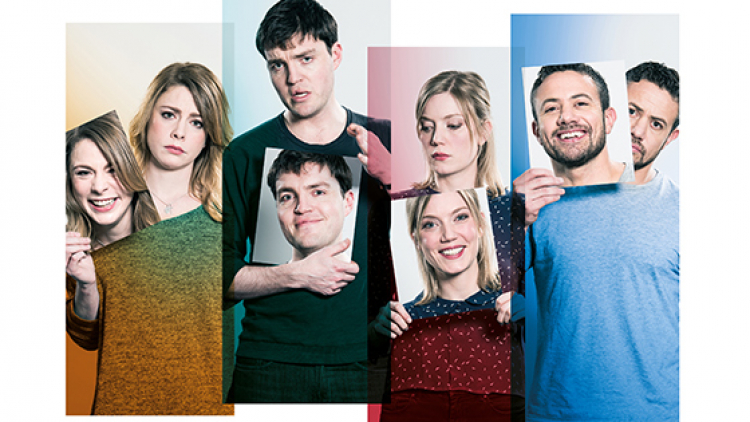 Reasons to be Happy follows the lives and loves of four friends as they desperately search for that most elusive goal in life: happiness.

Neil LaBute’s witty drama explores “unfinished business”: even though couples break up and friends drift apart, certain relationships never really cease. But does stepping backwards ever bring true happiness? Or is it actually sometimes the only way to secure it? As emotions run high, all four soon find themselves entangled in a web of hidden agendas, half-truths and confusion in their pursuit of a happy life.

Tom Burke plays Greg, reprising his role from the 2011 production of Reasons to be Pretty which was directed by Michael Attenborough (Almeida). Tom is best known for playing the role of Athos in the hit BBC Series The Musketeers and more recently Fedya Dolokhov in the BBC adaption of War & Peace. His theatre credits Design for Living (Old Vic), The Doctor’s Dilemma (National Theatre) and Creditors (Donmar Warehouse) for which he won the Ian Charleston Award. His other television include The Hour, Utopia, State of Play, Napoleon and Great Expectations. His film credits include Telstar, Thirdstar, Cheri, Look, Stranger, The Invisible Woman and Only God Forgives.

Warren Brown plays Kent. He is best known for playing DS Justin Ripley in the BBC’s award winning series Luther as well as his roles of Lee Hibbs in the BAFTA award winning series Occupation and John Paul Rocksavage in BBCs Good Cop. His other television credits include X Company, By Any Means, Homefront, Inside Men, Accused, Single Father and Dead Set. His film credits include Cargo, Kicking Off, Captain Webb, Borrowed Time and Byzantium. He is making his professional theatrical debut with Reasons to be Happy.

Neil LaBute’s other plays include Reasons to be Pretty, bash, The Shape of Things, The Distance From Here, Autobahn, Fat Pig, Some Girls, This Is How It Goes and In A Forest Dark and Deep. His films include In the Company of Men, for which he won the New York Critics’ Circle Award for Best First Feature and the Filmmakers’ Trophy at the Sundance Film Festival, Your Friends and Neighbors, Nurse Betty, Possession and The Shape of Things – a film adaptation of his play by the same title.

Reasons to be Happy is Michael Attenborough’s fourth collaboration with Neil LaBute. Attenborough returns to Hampstead Theatre following Luna Gale in 2015. He also directed Godchild Downstairs in 2013. He was Artistic Director of the Almeida Theatre from 2002– 2013 where his many credits include King Lear, Reasons to be Pretty, The Mercy Seat (also by LaBute) and Measure for Measure. He was also Hampstead Theatre’s Artistic Director from 1984 – 1989 and was awarded the CBE for services to theatre in 2013.