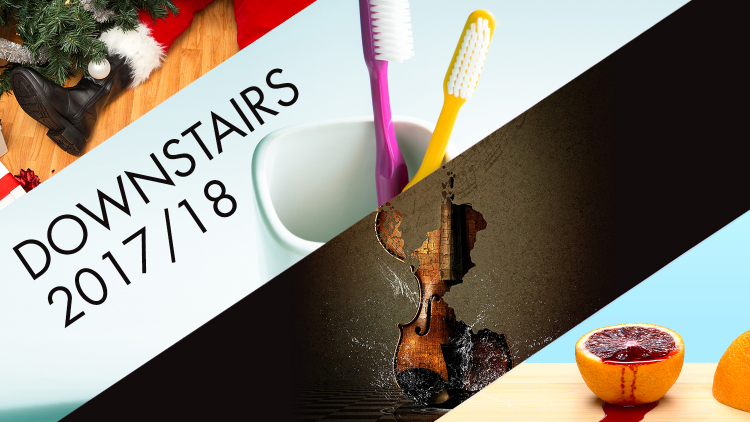 ‘I’m determined not to do that thing that we do. When we come home. You know, when everyone adopts roles that they’ve always played in the family.’

‘You’re always gonna turn into one of your parents aren’t you, it’s basically about choosing the one who’s slightly less mental’

Fifteen year old Billie has lived with her Dad in their little flat for as long as she can remember, but all that’s about to change. She’s got big plans - get Dad a job, sort out her grades, and live in a house with five bathrooms.

But one reckless night threatens to undo all her hard work and derail her ambitions…When it’s always been just the two of you, how easy is it to get out, or to let anyone else in?

Georgia Christou’s debut play is a moving portrayal of the conflict between personal aspiration and familial responsibility, and what happens when those you should depend on need you more than you need them.

‘We’re supposed to be assessing their potential as college students, not conducting a quasi-criminal investigation’

Out of 37,451 applicants to Eliot University, Angela stands out - but not for the right reasons. An ambiguous event in her past threatens to overshadow her talent, potential, and her future prospects. Can she overcome the prejudices of those judging her application or is she already tainted beyond redemption, regardless of whether she is victim or perpetrator?

Crackling with razor-sharp dialogue, Amy Ng’s explosive new play asks whether we can ever escape our past and investigates the destructive side of our search for acceptance. Amy’s debut play was Shangri-La at Finborough Theatre, and radio credits include Kilburn Passion (BBC Radio 3).

Anna Ledwich returns to direct following sell-out hit Labyrinth (Main Stage), No One Will Tell Me How To Start A Revolution and Olivier Award nominated Four Minutes Twelve Seconds (both Downstairs).

‘All these people are getting their dating profiles blood-verified. You know, shouldn’t we just go for the people we fancy?’

Bea meets Aaron. He’s intelligent, handsome, makes her laugh and, most importantly, has a high rating on his genetic profile. What’s not to like?

Char is on the brink of landing her dream job and has big plans to start a family – but her blood rating threatens it all.

In a world where future happiness depends on a single, inescapable blood test – which dictates everything from credit rating to dating prospects – how far will people go to beat the system and let nature take its course?

Ella Road’s debut play is a powerfully provocative vision of the future, questioning the value we place on one another, whether knowledge really is power, and if it’s truly possible for love to conquer all.