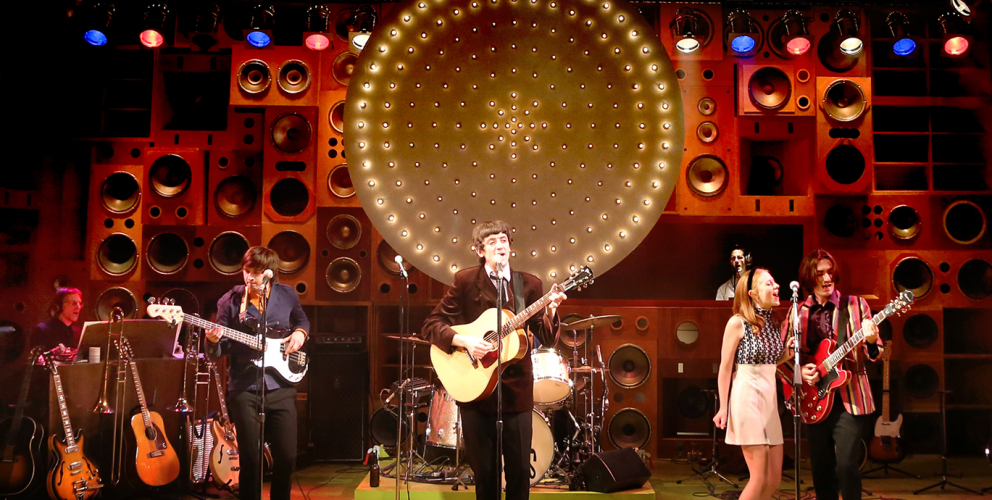 WE WANT TO ENTERTAIN WITH ORIGINALITY

Hampstead Theatre was born in a humble hut sixty years ago. Our mission was to create original theatre without creative restriction. We quickly attracted a generation of talent that helped to redefine British Theatre. From Harold Pinter testing out his early plays here to the likes of Mike Leigh, Michael Frayn and Terry Johnson – and more recently Beth Steele, Ruby Thomas and Roy Williams, all premiering their work here.

We are still driven by the same ambition. To challenge, influence and shape the future of British theatre. To create the future mainstream – entertaining experiences that are original and ambitious. But our circumstances have changed.

We recently received the devastating news that 100% of our Arts Council grant will be cut from next year, so we are making plans to adapt and continue without that support. Out of necessity, for a period of time, our programming will include a mix of commercial and new writing until we can find our feet again.

Our home is one of London’s best state-of-the-art theatres. Purpose built for the 21st century to allow our writers, actors, directors and producers maximum creative flexibility. Our ambitions are big despite our circumstances. We aim to move theatre forwards with new ideas, talent and energy to excite our audiences with the lateral, the fresh and the unexpected. It’s part of our belief that innovation, reinvention and surprise are the lifeblood of true entertainment.

So we will not be deterred. We will adapt. The show will go on.

So how can you support us? Our answer is this: come and see one of our plays, support our writers by buying a ticket or take out a Friends membership, or make a donation via our development team.

Sharon D. Clarke nominated for Best Actress in a Musical for Caroline, or Change Oliviers 2019

WHAT THEY've recently said about us

★★★★ 'An excellent play, dazzlingly on the button’ Quentin Letts, The Sunday Times on The Forest, 2022

★★★★ 'A beautiful, beguiling play that captures the transcendent and transformative power of music.' Financial Times on Folk, 2022

★★★★★ 'Leyshon’s poetic way with words, the subtle modulations of Roxana Silbert’s scenically humble production and the superb, lived-in detail of the four actors hold us in thrall. This wonderful play deserves to endure.' Dominic Cavendish, The Telegraph on Folk, 2022

★★★★ 'Richard Wilson's artful, rewarding revival. Resonant and amusing.' Dominic Maxwell, The Times on Peggy for you, 2021

★★★★ ‘Rebecca Watson’s novel works magnificently on stage. Miriam Battye and Katie Mitchell have turned 24 hours inside a frenzied mind into something like a piece of music’ Jessie Thompson, Evening Standard on Little Scratch

★★★★ 'An exquisitely acted revival. Alice Hamilton’s production is so detailed and yet so warm-blooded. A fine balance between sadness, anger and comedy.' Dominic Maxwell, The Times on Memory of Water, 2021

★★★★ ‘Jangles the nerves… gnaws the mind… a strong revival’ Clare Allfree, The Telegraph on The Dumb Waiter, 2020

★★★★ ‘Sharp, sizzling… An acid, intelligent satire’ Mark Lawson, The Guardian on The Haystack, 2020