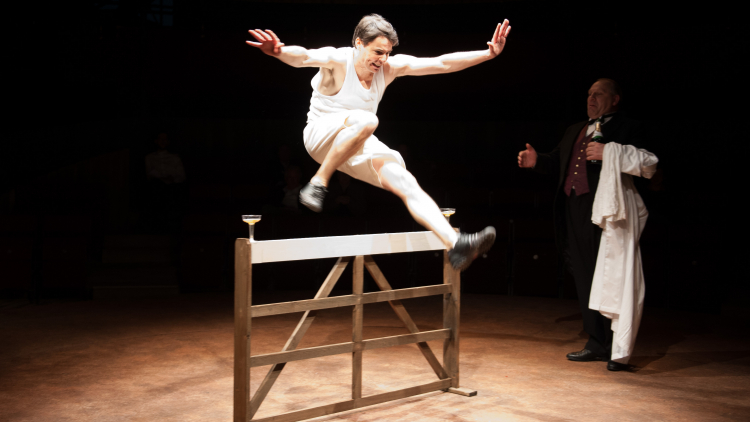 Hampstead Theatre’s incredibly successful Chariots of Fire West End transfer has extended its run at London’s Gielgud Theatre through February 2, 2013. Mike Bartlett’s stage adaptation of the classic film, directed by Edward Hall, was a sell out show at Hampstead and continues to enthral audiences on the West End.

Chariots of Fire tells the story of two track athletes—one Christian and one Jewish—who overcome the odds to compete in the 1924 Paris Olympics. Based on the extraordinary true story of Eric Liddell and Harold Abrahams, Chariots of Fire is an inspirational tale of hope, honor and belief. Written by Colin Welland and directed by Hugh Hudson, the film original 1981 film of the same name won four Academy Awards, including Best Picture.

Click here for more information and to book tickets