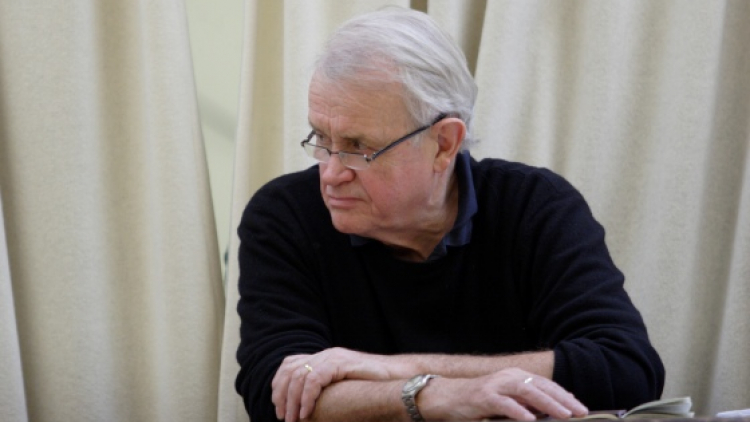 HB Above all there’s the new Hampstead Theatre audience which is just as lively as the one when I had a play on in ‘the hut’: they’re bright, tricky, up for a good night out, a drink and some strong theatre. They put us on our mettle. And I like the auditorium, it’s got the feel of a formal theatre but it’s intimate. It’s also protean, I mean you can change its shape as Edward Hall did for Chariots of Fire and as Howard Davies, the director, and Ashley Martin Davis, the designer, have for my play.

WM Many of your plays have tackled moments of political upheaval – do you think the job of the playwright is to bring these moments in to the public sphere, or is it more to do with your own personal preferences for the stories you want to tell?

HB Jeopardy, protagonist and antagonist in love or at each other’s throats, the dreaded second when you have to act, say I love you, fire a gun… action and consequences, crisis, revelation of past sins and diseases (Ibsen’s Ghosts), personal and political conflict, struggle for salvation… this is the theatre! The Western democratic form. We entertain ourselves by staging outrages, comic and tragic. And sometimes blowing raspberries, but not in this play … although I do try to stage the extraordinary moment of hysteria that broke out amongst Cromwell and the other regicides when they signed the King’s death warrant. They flicked ink from the pen at each other, unable to stop laughing. The document still exists, splattered with ink spots.

WM Charles and Cromwell are extremely complex figures. How easy was it to find a voice for them in your play?

HB The English of the mid 17th century is at times difficult, clotted with a religious fervour we barely understand. And if we could hear Cromwell and Ireton speaking via a time machine Sky Box (what an invention that would be!) we’d find them hard to follow.

But a modern language for real historical characters is possible if you can, to some degree, enter their mindset. Charles and Cromwell had different but deep religious views of the world. Imagine believing what they did and you may get someway to how they thought, then hear them speak. Spirit first, then language. Writing’s a kind of séance.

And you can take lines that were actually said and work off their rhythms. For example Cromwell’s extraordinary remark ‘no one rises as high as he who knows not whither he is going’, tells you about the man. And in the trial scenes in Act Two many of Charles’s eerily graceful lines are lifted from a 19th century edition I have of the transcript of the Court’s proceedings.

The rest of the interview is available to read in the 55 Days programme which is on sale at Hampstead Theatre 18 October for £3.