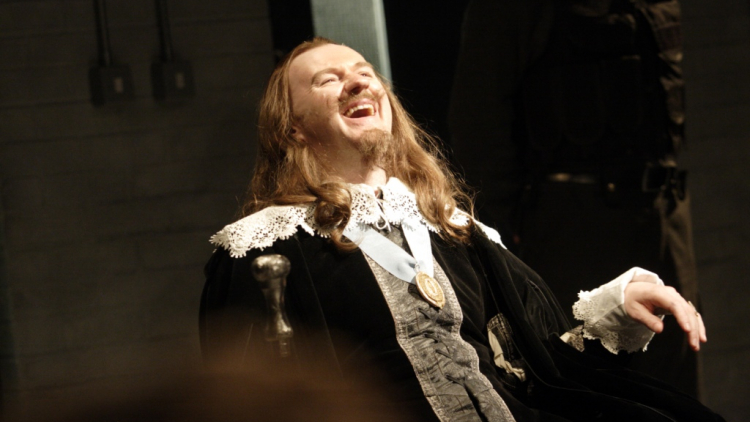 Douglas Henshall’s Cromwell is an unexpected creation… This Cromwell holds back in discussions, prowling at the back of a room until he has heard all sides of an argument instead of leading from the front.

Simon Kunz does a dignified turn as Fairfax, commander-in-chief of Oliver’s army.

When the regicides sign the King’s death warrant, they do something brilliantly convincing: they start giggling at their daring and flick ink at one another. For all their claims about religious motivation, the Cromwellians behave more like political chancers who are amazed that their stupendous plot has borne fruit.

Mr Brenton is surely right. Politicians, for all their boasting that they will win, never quite believe it at first when they do actually prevail. As John Major said when he became PM: ‘Well, who’d have thought it?’