A Cup of Tea with... Hello/Goodbye's Andy Rush 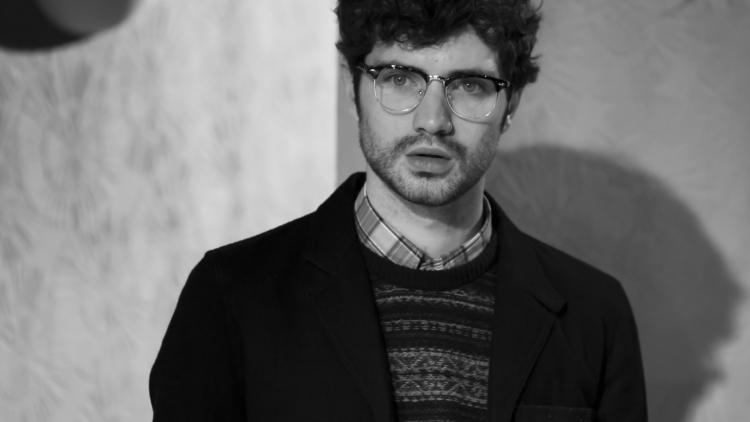 We caught up with Andy Rush between rehearsals before the show opened to talk about Charlie Chaplin, juggling and letting out his ‘inner geek’. Andy is playing Alex in Hello/Goodbye which runs until 30 March 2013.

Welcome to Hampstead Andy. You’re just a few days away from the opening of Hello/Goodbye – how’s it going?

Wonderfully smoothly. Nobody does a smooth technical rehearsal like Tamara Harvey. Ruthie Philip-Smith is a stage managing genius also, so it’s been a breeze.

What attracted you to the role of Alex in Hello/Goodbye?

I get to let a lot of my inner geek out without fear of judgement or persecution.

Do you see any similarities between Alex and yourself? Perhaps you’re an avid collector of McDonalds toys….?

Disturbingly so. Not McDonalds toys, but some of the collections you see on stage are my own – I can name every pokémon for instance (original 150). Also, obviously, I’m a gifted lover.

‘I’m not we.’ Which gives absolutely nothing away.

My heroes are Charlie Chaplin and buster Keaton. Keaton for his fearlessness and Chaplin for his control and general genius. Perhaps not entirely pertinent to this play as I obviously have to speak, but they are my heroes.

I was raised on amateur church pantomimes, so my first role was as a mouse in Cinderella when I was 5 or 6. I gradually rose up through the ranks over the years from Goblin number 3 to Prince Charming.

I go to some great classes around London. An amazing gymnastics class in a sports hall in Camberwell. Oddball’s juggling club in Camden is great. Also, I love Victoria Park in Mile End – great skate park.